The second episode of the wonderfully comforting video series “Some Good News” (previously), host John Krasinski reported on the incredible magnanimity of the human spirit revealed during these trying times. This week’s footage showed people assisting healthcare workers and each with creative solutions and spotlighted incredible patience and humor of parents who are stuck at home with their kids.

Robert De Niro did the weather and Emily Blunt joined her husband on-camera as he was comforting a girl named Aubrey, whose ticket to see Hamilton was canceled.

Just then, Lin-Manuel Miranda Zoombombed the call. After a bit of banter, Manuel began playing piano, one-by-one, others from the original cast of the musical joined the call in order to virtually perform the song “Alexander Hamilton”. Sheer perfection. 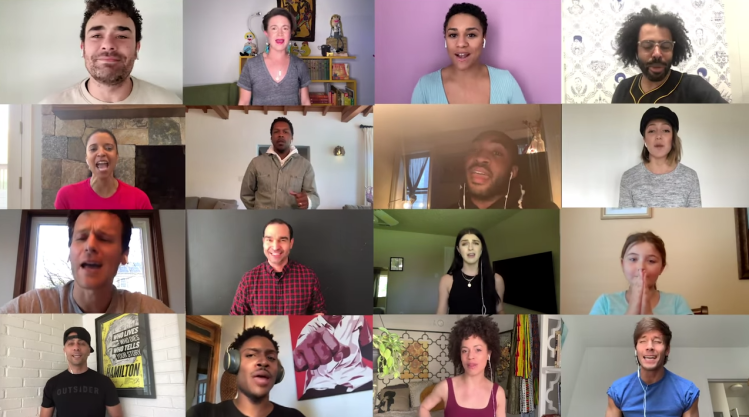