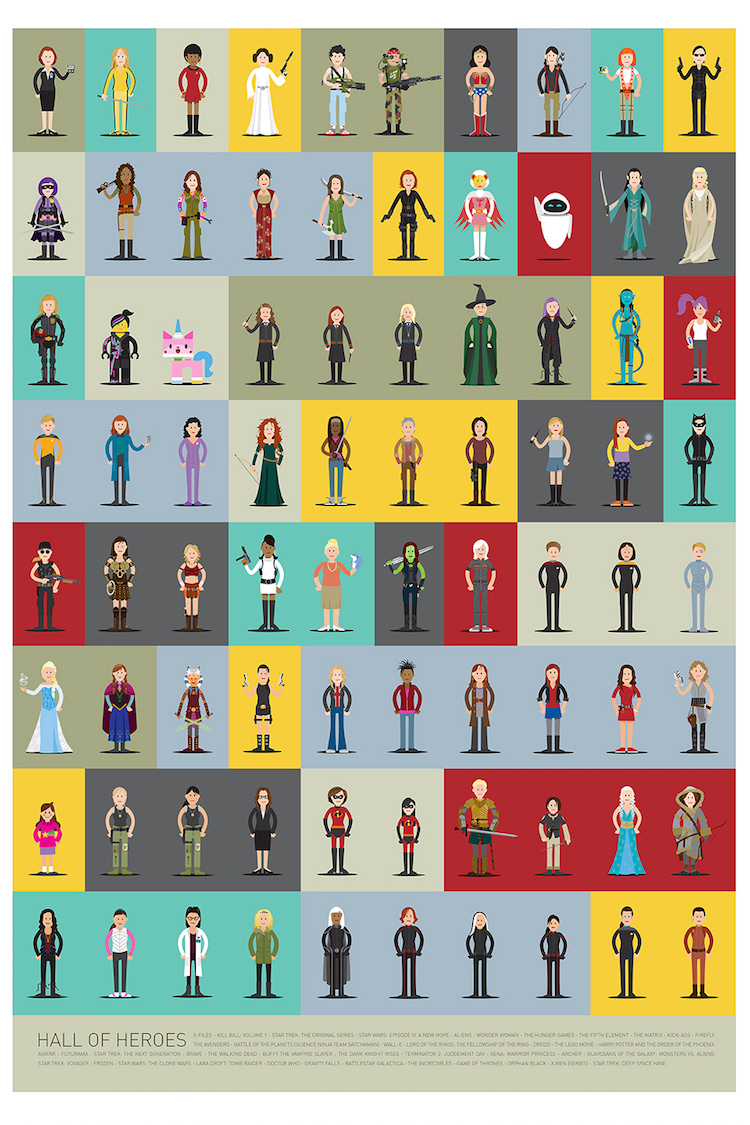 Scott Park, the Toronto-based illustrator about whose work we’ve written in the past, recently unveiled “Hall of Heroes,” (larger) his latest creation that depicts, in Park’s words, “80 of the most butt-kicking awesome women from tv and film.” Prints can be purchased via Society6.