While in Los Angeles during January 1969, the members of the Grateful Dead performed two of their classic songs, “Mountains of the Moon” and “St. Stephen”, on the set of Playboy After Dark. Before the performance, Jerry Garcia bantered a bit with Hugh Hefner about the hippie scene in San Francisco and why the band had two drummers.

The punchline came when Hefner asked Garcia if the band would like to play.

Hugh Hefner: I wonder if we could get you to do a number for us?
Jerry: Absolutely not.

Here’s the audio track from the show. 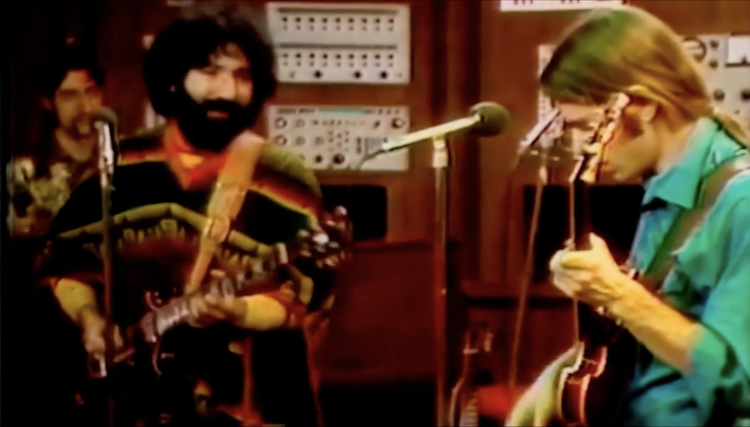 As it turns out, the band and several Playboy After Dark employees had been surreptitiously dosed with LSD after Owsley “Bear” Stanley added it to the coffee pot on set. Drummer Bill Kreutzmann shared this interesting fact while telling the story about the performance to Conan O’Brien in 2015.

This psychedelic mishap didn’t hamper Hef’s enthusiasm for the band, however, as he sent a thoughtful letter thanking them for the performance. 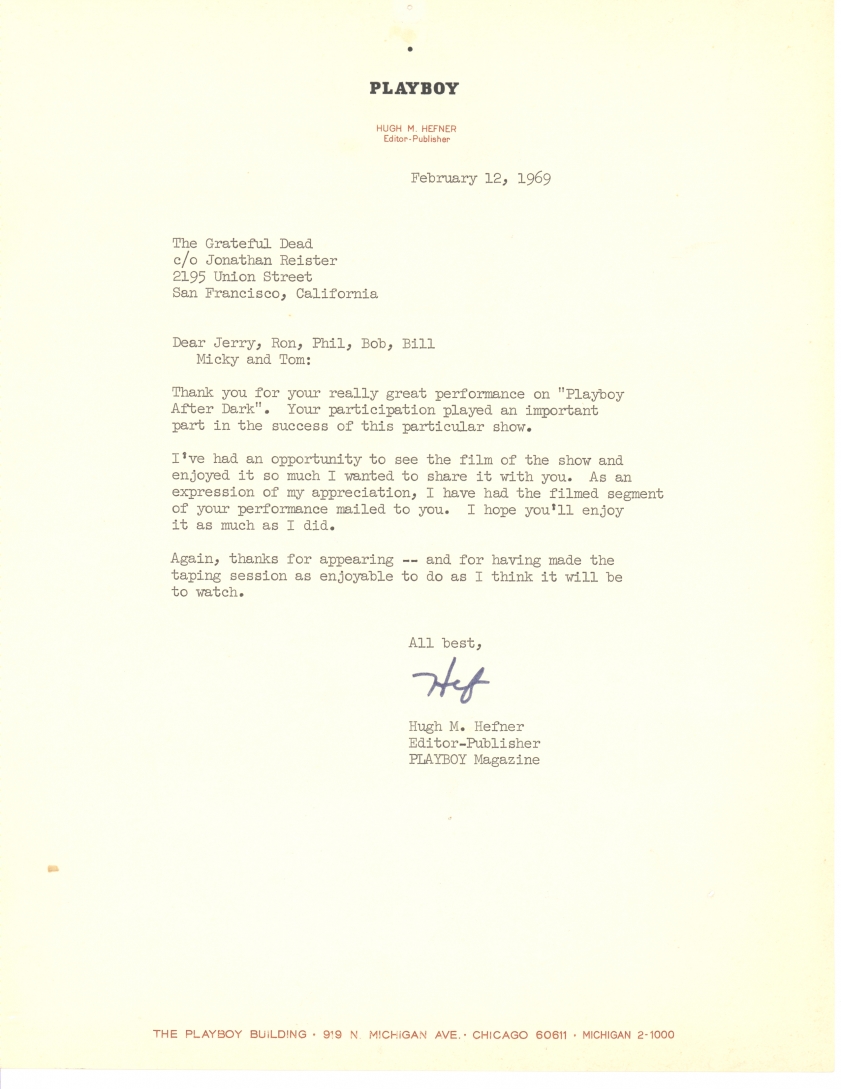 Here’s an abbreviated version of the performance.

via Live For Live Music