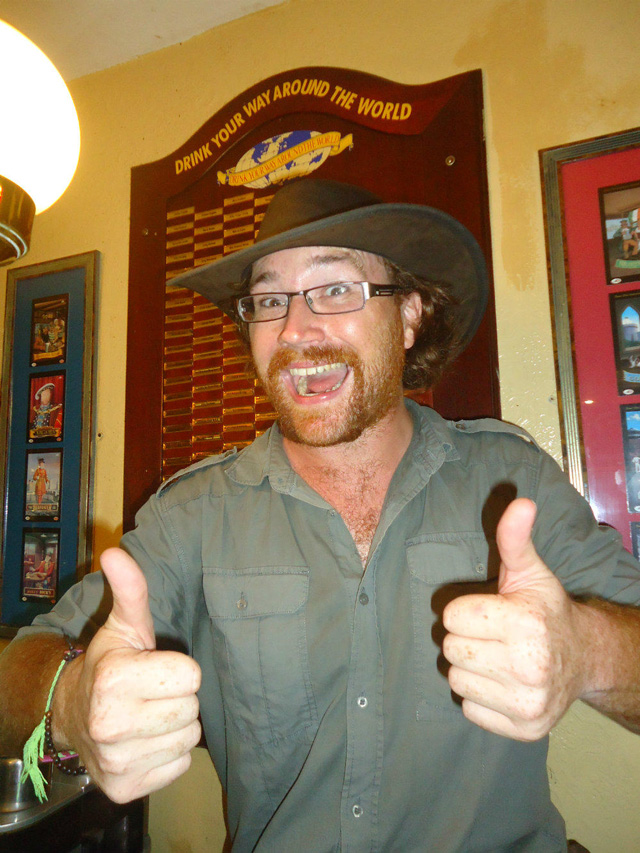 In 2009, adventurer and filmmaker Graham Hughes set a Guinness World Record for visiting 133 countries in one year by scheduled ground transport. He left Uruguay on January 1, 2009 and finished in Egypt on December 31, 2009. For his Odyssey Expedition, Hughes has achieved a new accomplishment: visiting every country (201 of them) in the United Nations Member States without flying to get there (map). His budget: less than $100 a week. The rules of The Odyssey Expedition (as set by Guinness World Records): he cannot fly, drive and he must use scheduled ground transport and must step foot on dry land. Here is a video of Graham celebrating the end of the expedition in South Sudan on November 26, 2012 and here’s a look at all of his Odyssey Expedition videos on YouTube. There is a lot more information about Graham’s journey around the world at his site and at The Daily Mail (link). His trip raised money for WaterAid, “a UK-based registered charity fighting to alleviate the disease, misery and death caused by open sewers, contaminated drinking water and lousy sanitation in developing countries around the world.”

It has been an adventure of epic proportions. I spent four days crossing open ocean in a leaky wooden boat to reach Cape Verde, I was imprisoned for a week in Congo and was arrested whilst attempting to sneak into Russia.

I ran the blockade into Cuba, blagged my way into Eritrea, ran around Iraq with an AK-47, spent seven days in Tibet and warned schoolchildren in Afghanistan about the dangers of men with beards.

I met the Prime Minister of Tuvalu, rode on top of a 18-wheeler through the northern badlands of Kenya, hitched a ride on a cruise ship to The Dominican Republic, joined a Bwiti tribe in Gabon, screamed at the ocean in El Salvador and watched a space shuttle blast off in the USA.

I’ve fed the crocs in Australia, hunted the dragons of Komodo, befriended the orangutans in Borneo, played with the lemurs in Madagascar, washed the elephants in India and eaten live octopus in South Korea.

I tip-toed into North Korea, took the slow boat to Nauru, danced with the Highlanders of Papua New Guinea and was rescued from Muslim fundamentalists in The Philippines by a ladyboy called Jenn.