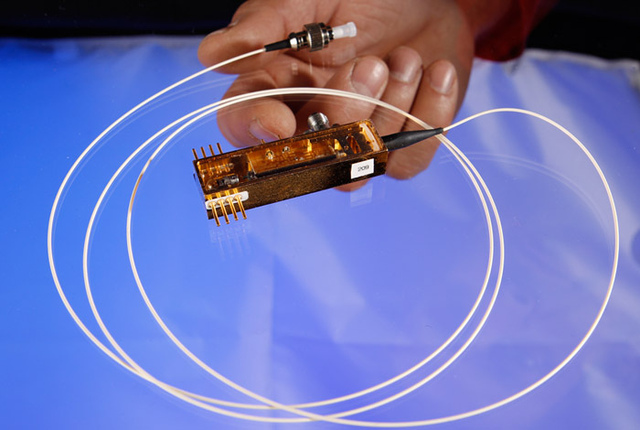 Researchers at the government-run Los Alamos National Laboratory in New Mexico have created a quantum network that has been successfully running for the past two and a half years, though the system falls short of true quantum internet. The basic premise behind quantum communication is that any act of measuring a quantum object changes it, so any attempt to intercept, decode, or eavesdrop on a quantum message will change the data, making it obvious to the recipient that the message was tampered with. This allows people to send completely secure messages over a quantum connection. Ideally, quantum internet would allow for an individual to send a quantum message to anyone anywhere.

However, true quantum internet is impossible at this point in time because current quantum technology requires a direct connection between the sender and the receiver. Without a direct connection between points A and B, the data must be routed through a central hub. The act of routing a message, however, requires reading part of it, which in turn changes the data. The quantum network created by researches at the Los Alamos National Laboratory attempts to circumvent this problem by using a hub-and-spoke network — a network in which all the nodes are connected to one central hub. This hub decodes quantum messages sent from a single node into classical bits, reads them, and converts them back into quantum bits before sending them along to their destination. While it’s not true quantum internet, it does allow for secure messages to be sent across a multi-node network. However, the entire system is only as secure as the central hub, which lacks the protection of quantum encryption.