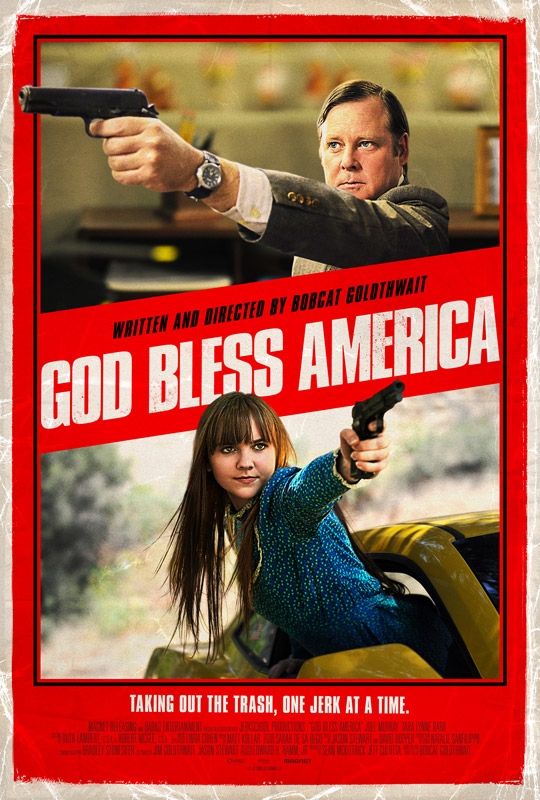 God Bless America is a new dark comedy feature film written and directed by stand-up comedian Bobcat Goldthwait with the tagline: “Taking Out The Trash, One Jerk At A Time.” The film stars Joel Murray and Tara Lynne Barr and opens in theatres on May 11, 2012. It will be available on demand on April 6, 2012.

Loveless, jobless and possibly terminally ill, Frank has had enough of the downward spiral of America. With nothing left to lose, Frank takes his gun and decides to off the stupidest, cruelest and most repellent members of society with an unusual accomplice: 16-year-old Roxy, who shares his sense of rage and disenfranchisement. From stand-up comedian and director Bobcat Goldthwait comes a scathing and hilarious attack on all that is sacred in the United States of America.