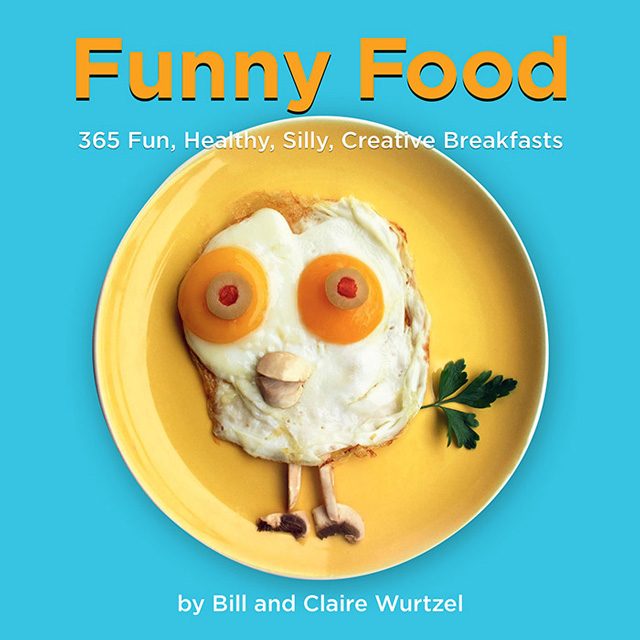 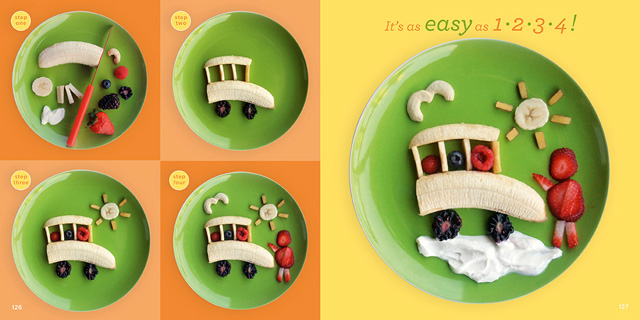 Funny Food: 365 Healthy, Silly, Creative Breakfasts is book authored by Bill and Claire Wurtzel that provides a year’s worth of creative food ideas.

They’re easy. They’re silly. They’re healthy. They’re clever. They’re artistic. They’re delicious. They’re fun. They’re a great way to start the day. One breakfast at a time, Bill and Claire Wurtzel are determined to make you laugh and eat and play and laugh some more. Riffing over the years with oatmeal, eggs, apples, and nuts, it is finally ours to share…Funny Food!

…These are not your mother’s smiley-face sandwiches. In Bill’s world, carrots turn into airplanes; boiled eggs into jugglers, and pears into guitar players. As gracefully as Picasso’s ceramic plates found endless form so do Wurtzel’s portraits, which seem to grow out of almost anything—cheerios and bananas; lox and bagels; oatmeal, blueberries, and strawberries. Sometimes you think he is portrait artist and you could swear you just saw Sigmund Freud emerging from a pear or Shakespeare growing out of an apple. Sometimes the plates are just plain fanciful. “Your breakfasts don’t have to look like they’ll hang in the Louvre,” he says. “It’s the gesture that counts.” But it sure looks like he riffed on Matisse’s paper cutout dancers with a papaya.

In addition to creating Funny Food – which contains both recipes and how-to photographs – Bill and Claire have been conducting workshops for children at Public School 188 on the Lower East Side of New York, teaching them to use their imaginations to improve their health “rather than just putting lettuce and vegetables on their trays.” 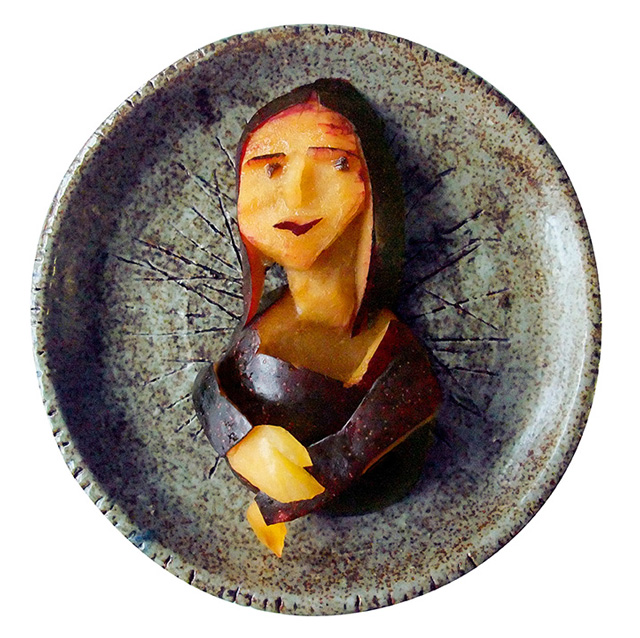 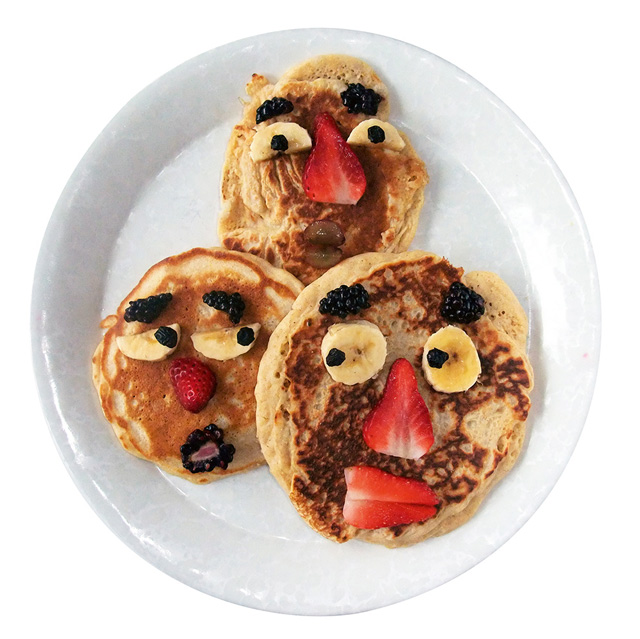