For more than two decades the Doggie Diner Heads have shown up at countless charity, art, and cultural events in the San Francisco Bay Area. Originally used as signs by the Bay Area’s long defunct Doggie Diner restaurant chain, the three dogs were rescued by Laughing Squid partner, artist, and prankster John Law and his fellow Cacophony Society members back in 1990. Unfortunately the rigorous schedule of public appearances has worn out the Doggie Diner Heads and they are now in desperate need of restoration. Law is raising funds on Kickstarter to restore the Doggie Diner Heads to their former glory. 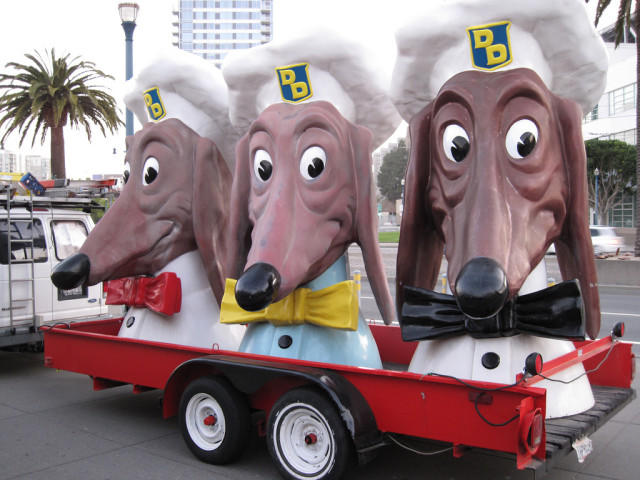