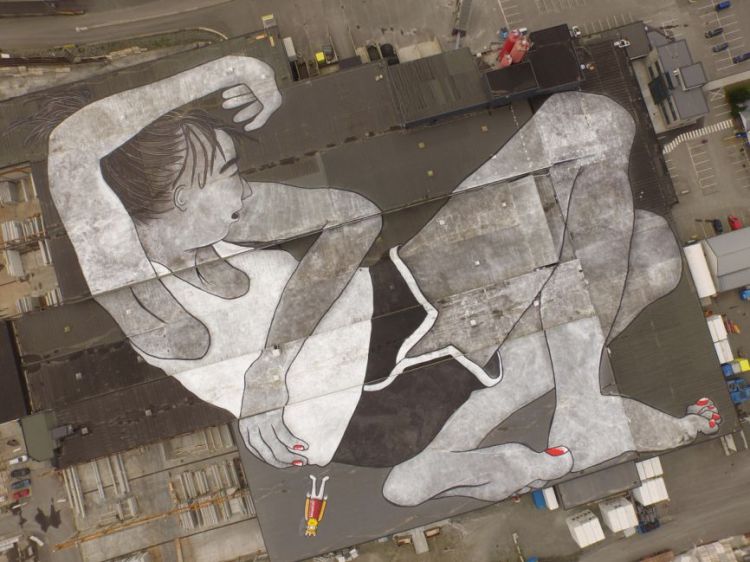 Large-scale artists Ella & Pitr, whose work we’ve previously posted, have created “Lilith and Olaf“, the world’s largest outdoor rooftop mural as part of the NuArt Festival that will be taking place at the beginning of September. The mural, which occupies over 22,000 square feet (21,000 square meters) of the Block Berge Bygg Construction building in in Stavanger, Norway, depicts a giant sleeping woman with a much smaller King Olaf I dangling from her fingers.

The finished mural is now visible from planes flying into and out of Sola airport. Control tower staff, pilots and aircraft crew at Sola have already been informed and have begun altering their routes to give passengers the best possible sight of Rogaland’s new international landmark. The mural will be officially ‘opened’ by the Mayor of Klepp, Ane Mari Braut Nese, on Friday 4 September at 16:00. …his ambitious world-record attempt marks the beginning of a three-year creative partnership between Nuart and construction company Block Berge Bygg, which will see the two organisations produce arts-based projects in Stavanger and the surrounding Rogaland region. The partnership is the first of it’s kind between a not-for-profit arts organisation and private sector company in Norway, and one which it’s hoped will encourage others in the county to follow suit. 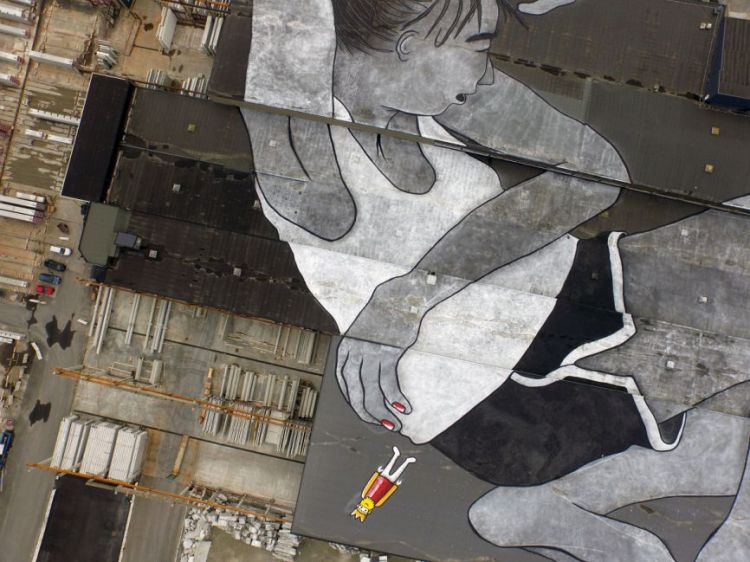 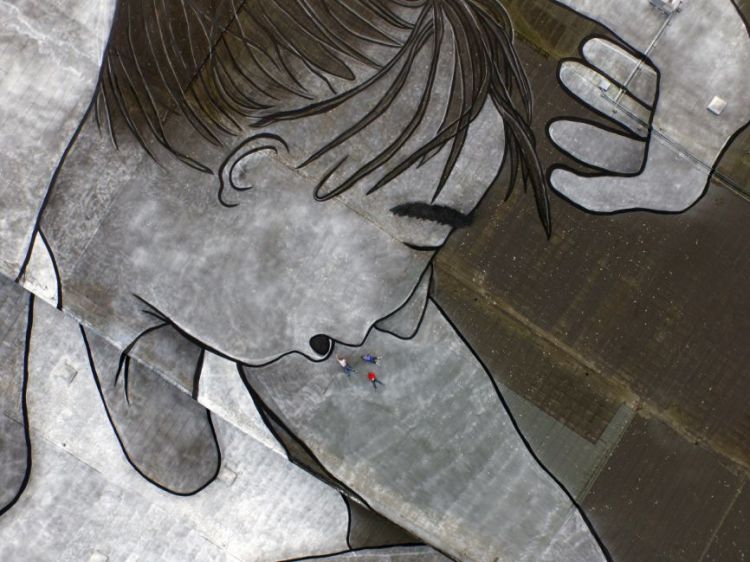 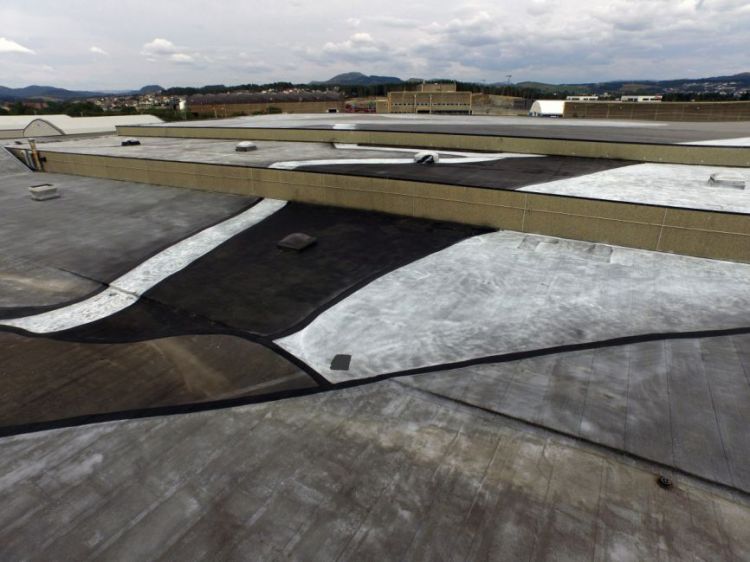 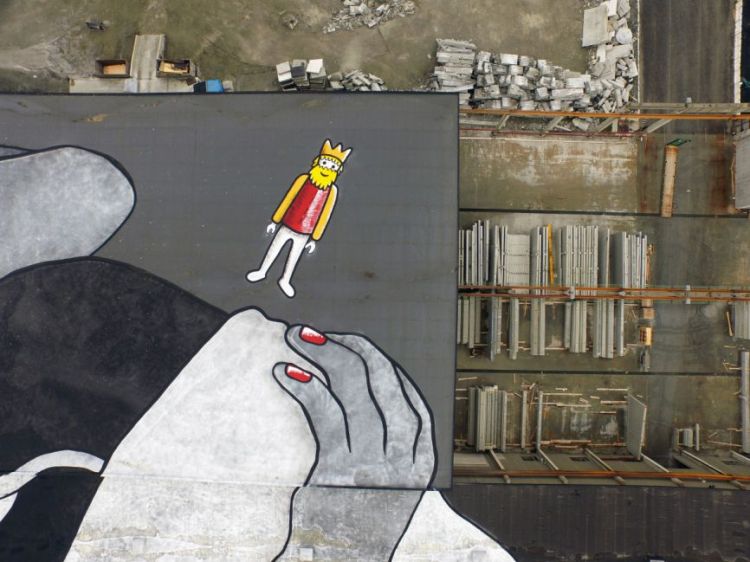