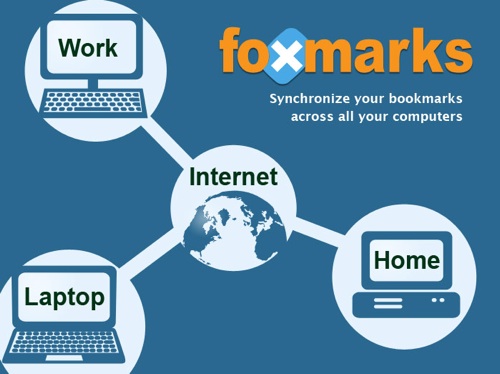 I just started using Foxmarks, a Firefox extension that makes it super easy to synchronize bookmarks between multiple computers. I was able to set it up in a few minutes, syncing my bookmarks with all of my computers, both Mac and Windows.

They recently introduced sync profiles, allowing you to separate your home and work bookmarks. You can also access you bookmarks online at my.foxmarks.com.

Previously I was using Google Browser Sync, but Google recently announced that they will be discontinuing the service, so it was time to look for another option.

Another bookmark syncing service I’ve been exploring is Weave from Mozilla Labs. They recently released prototype version 0.2, but it is really slow and according to their website they are maxed out and no longer taking registrations. I’m going to keep my eye on Weave since it has potential, but for now Foxmarks does the trick.