A recent transplant to San Diego, California, filmmaker Cy Kuckenbaker condensed five hours of San Diego International Airport air traffic into a short composite time-lapse film that runs under 30 seconds long. He told PetaPixel that he was inspired by a omposite photo of planes taking off from 2005, taken by Korean artist Ho-Yeol Ryu. At their site, PetaPixel shares additional information from Kuckenbaker on how he set up his time-lapse film.

I was really surprised by two things: the number of planes that landed in 4 hours (close to 70) and the dominance of Southwest Air.

Here is the photo he was inspired by: 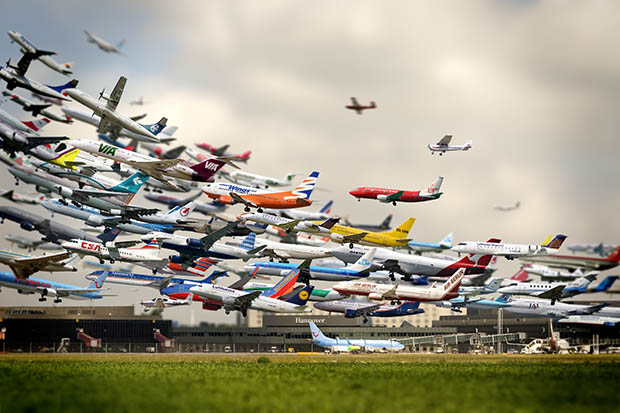 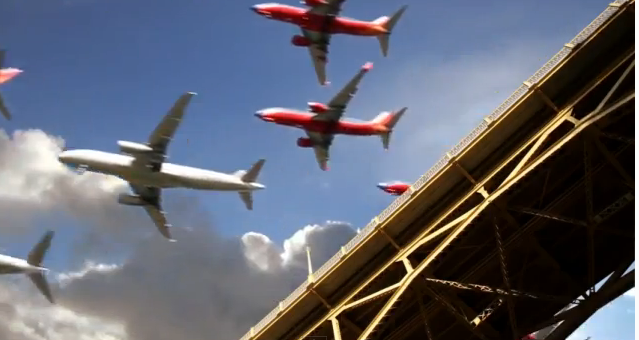 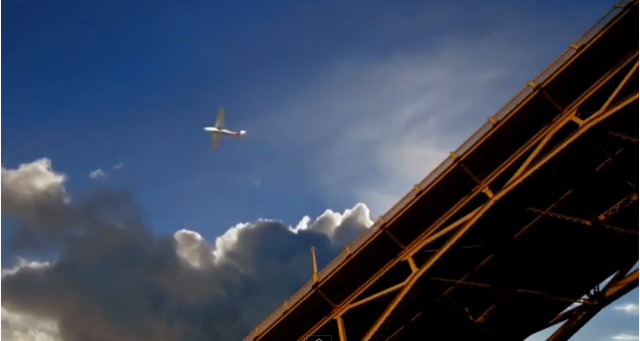