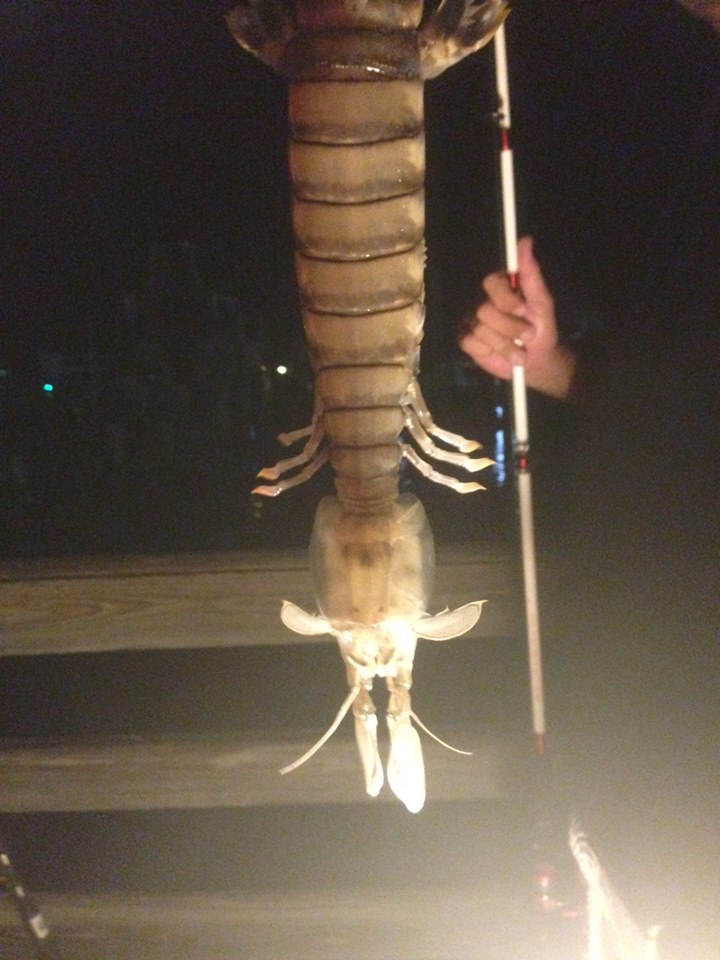 The Florida Fish and Wildlife Conservation Commission posted photos to its Facebook page of what appears to be a giant shrimp-like creature caught by fisherman Steve Bargeron in Ft. Pierce, Florida. Scientists studying the photos say the creature resembles a mantis shrimp (see previously), but at 18 inches long is significantly larger than average. They will continue to review the photos to identify the creature. In a tweet to the Commission, Bargeron says the creature is 18-inches long and claims it is a mantis shrimp.

@MyFWClife this huge at least 18″ mantis, it was caught in ft pierce pic.twitter.com/NUxjvTJ9HK 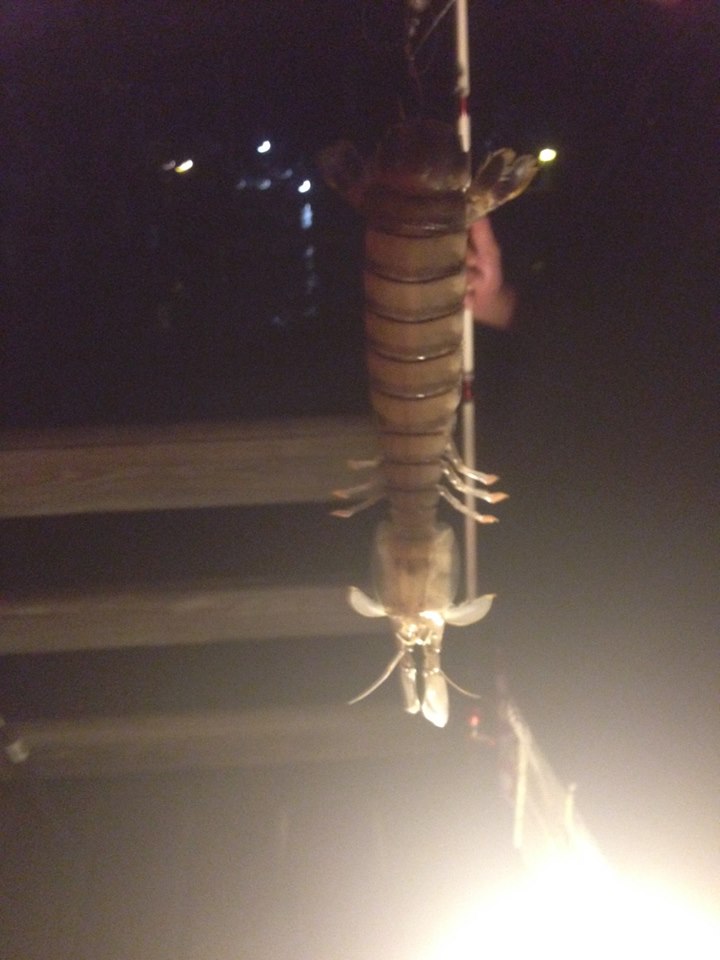 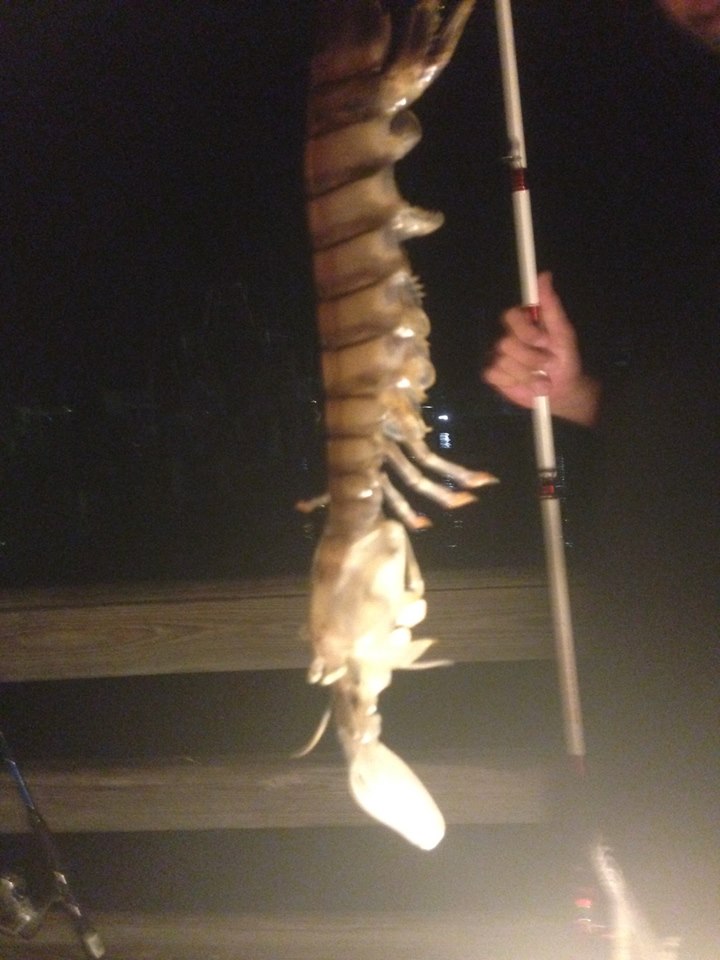