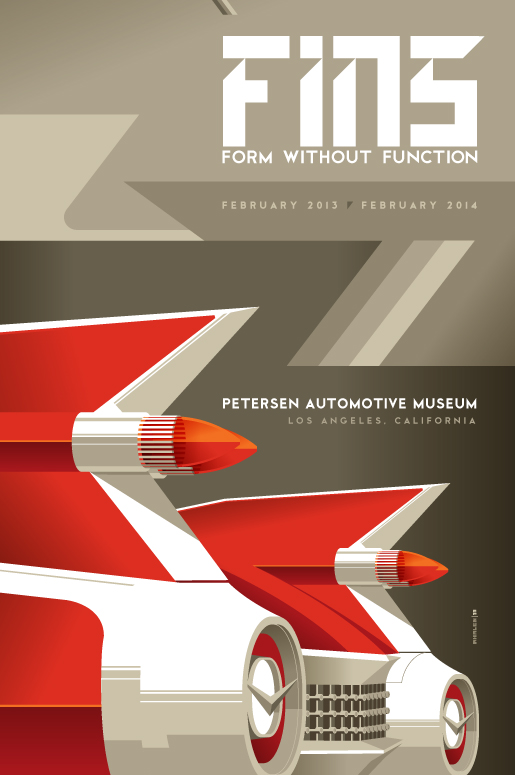 “Fins” is an upcoming exhibit on the period in automotive history when flamboyant fins were popular design features in cars. The exhibit runs February 23, 2013 to February 2, 2014 at the Petersen Automotive Museum in Los Angeles. The wonderful exhibit poster is by Tom Whalen.

Today fins are remembered as the outward expression of American automotive design prowess during the height of postwar optimism. But they were first used far earlier than most would imagine. This exhibit, opening February 23, will feature more than a dozen vehicles ranging from icons like the 1959 Cadillac and Exner-designed Chrysler to the impossibly Art Deco 1937 Delage Aerosport and wild 1952 Spohn Palos. Together, they speak to a period of automotive history during which the public craved chrome-laden dream machines and imagination was the stylist’s only limit. 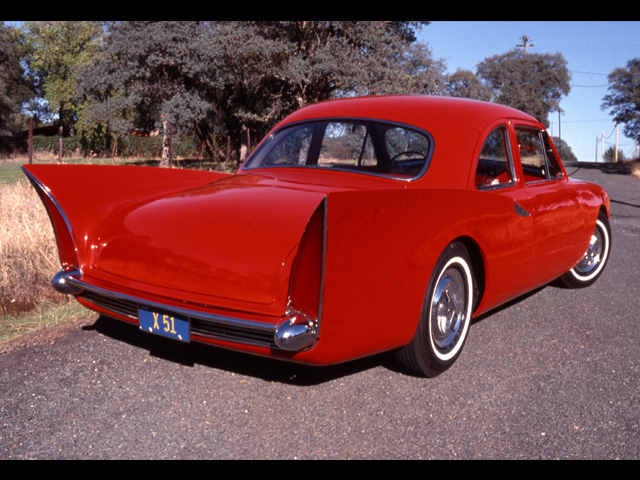