Canadian potato farmer Heliodore Cyr (aka “Mr. X”) was a guest on the TV game show “I’ve Got a Secret” three times. In July 1959, his third appearance on the show, he has the blindfolded judges guessing his latest secret: he’s a father again for the 27th time! Watch the fun in this video clip as his secret is revealed. Interestingly, all his children were singletons, no multiple births, and several of his grandchildren (and others who know the family) comment on the video’s YouTube page. Mr. Cyr died in 1986. 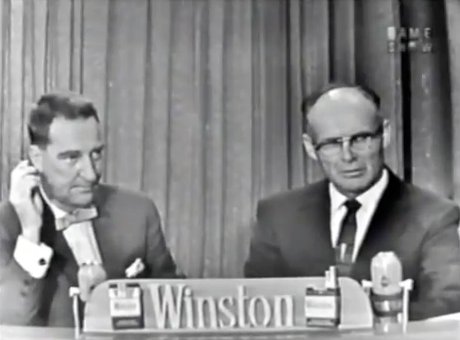