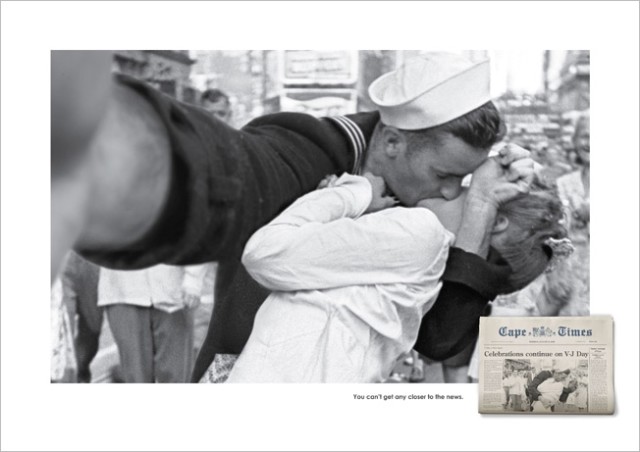 Winston Churchill, Jacqueline Kennedy Onassis, and other historical figures are shown snapping a photo of themselves, “selfie”-style, in this clever ad campaign for South African newspaper Cape Times. Each digitally doctored photo is accompanied by the tagline: “You can’t get any closer to the news.” The ad campaign is by South African ad agency Lowe Cape Town. 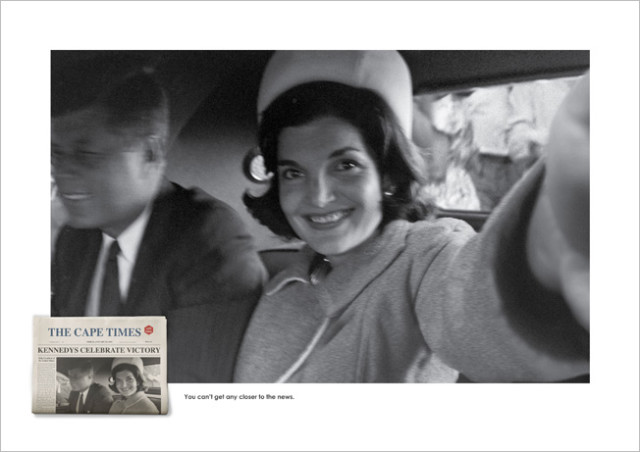 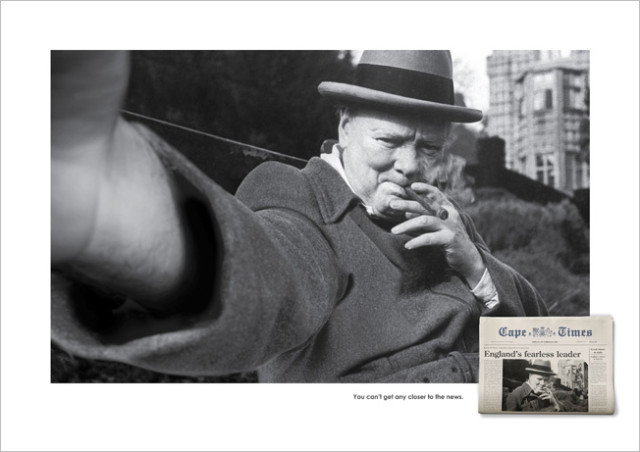 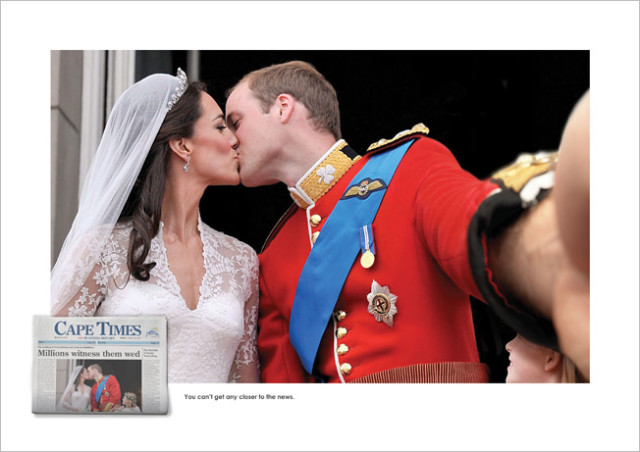