Exotic World & the Burlesque Revival is a documentary, ten years in the making, about the Exotic World museum which was founded by a retired exotic dancer to celebrate the history of stripping, burlesque and the art of exotic dancing. The film chronicles not only the museum itself, but also the role it has had in “the largest burlesque revival since the 1940s.” It features current performers like Dirty Martini and Indigo Blue, as well as burlesque stars of earlier eras like Tempest Storm, Satan’s Angel, and Kitten Natividad. It is narrated by Margaret Cho.

The film is now complete, but they are in the midst of a fundraiser on Kickstarter to cover finishing costs including paying for the use of archival footage (which can cost up to $75 per second).

This annual “Reunion” is a weekend long event that has been a continuous tradition since the early 1990’s. It brings both exotic dance legends and current performers together to celebrate the history and future of the art simultaneously. Each year it features the Miss Exotic World Pageant; here’s more than a glimpse of Michelle L’amour from the 2007 Pageant: 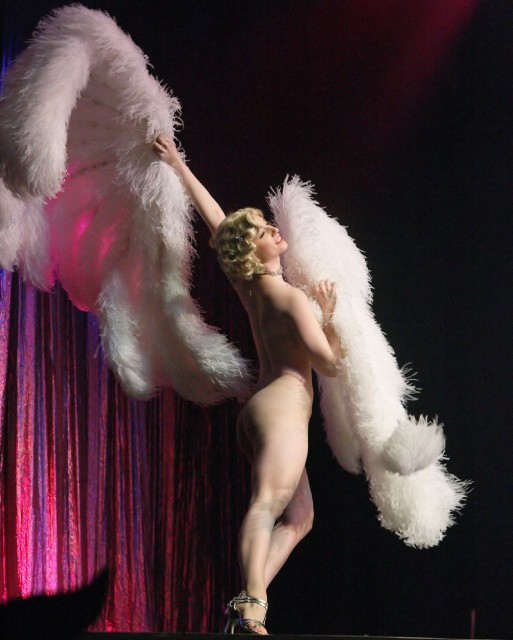 Here are reactions to the sneak preview of Exotic World & the Burlesque Revival, in Las Vegas earlier this month:

And here’s a short promo for the film…

If you can’t get enough of burlesque history, which is completely understandable, there’s another current Kickstarter for a documentary on Satan’s Angel, also here’s an amazing interview Tempest Storm gave to Roger Ebert in 1968.