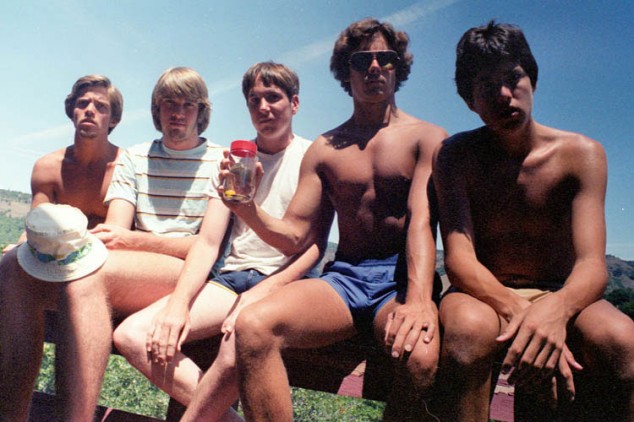 In 1982, five guy friends had their photo taken together while vacationing at a Copco Lake cabin in California. In 1987, they started a tradition where every five years they photograph themselves together in the same pose on the same deck railing at that cabin, modeled after a photo taken in 1982. Little did they know they would still be honoring the tradition 30 years later.

Check out their full story at CNN:

As the ritual became more concrete and when digital cameras were introduced, the group became more picky over the details of the photo, going as far as to wear the same clothes, and designate an official jar and hat as props. Hairstyles have changed over the years and with the march of time they abandoned the bare-chested motif. 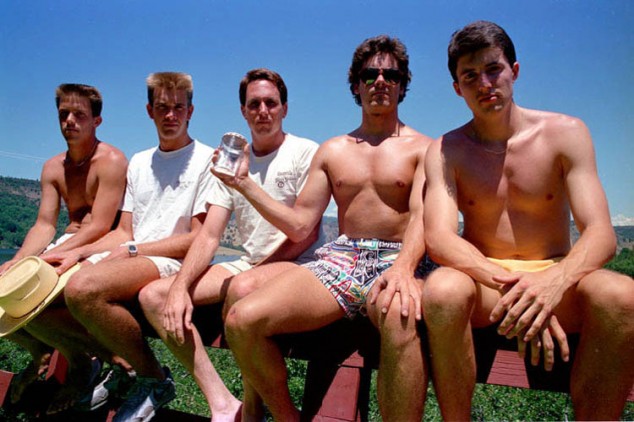 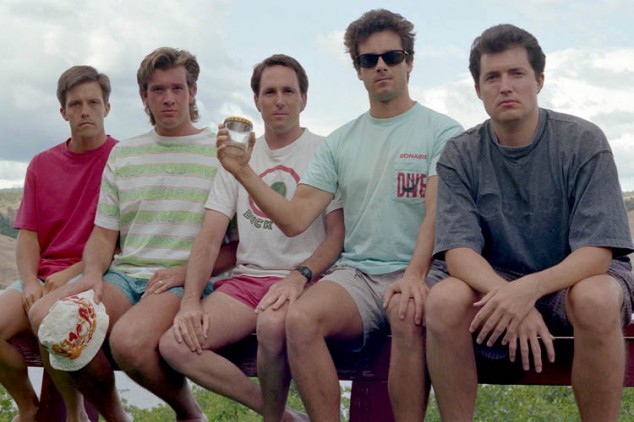 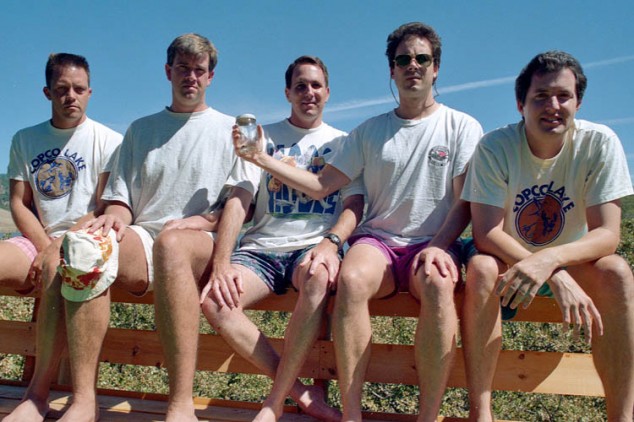 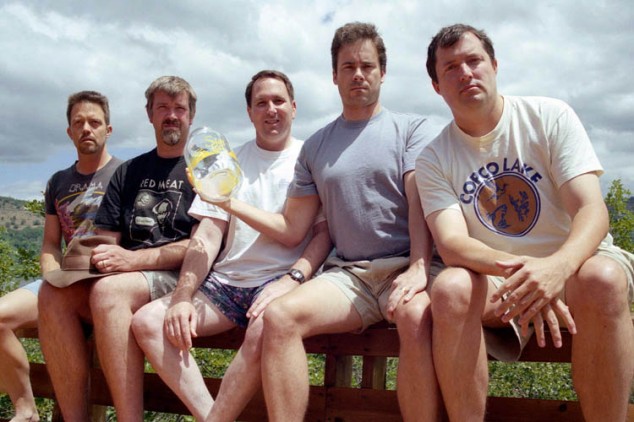 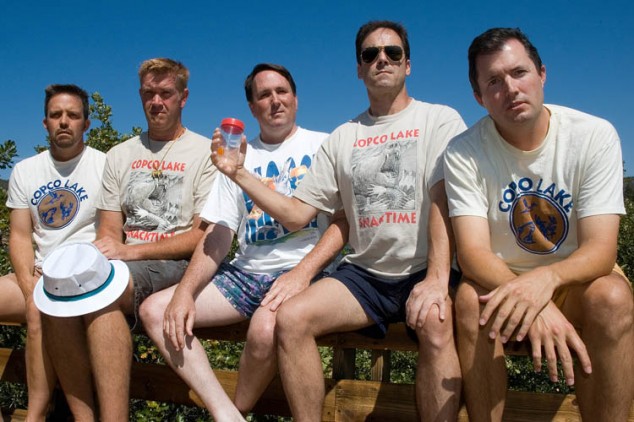 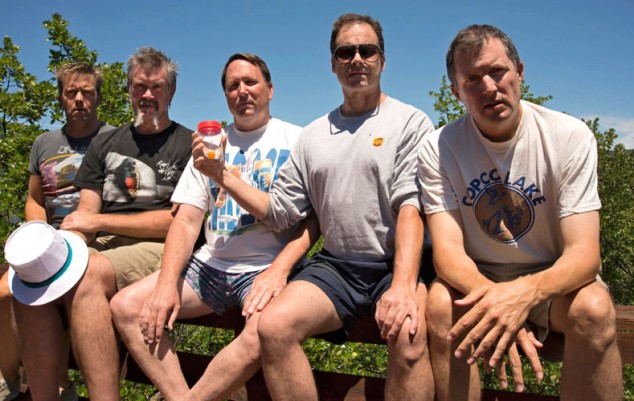 Watch us lose hair and gain forehead, Gain and lose and gain and lose weight.
There are reasons we all decided it was better to take the photo with our shirts on