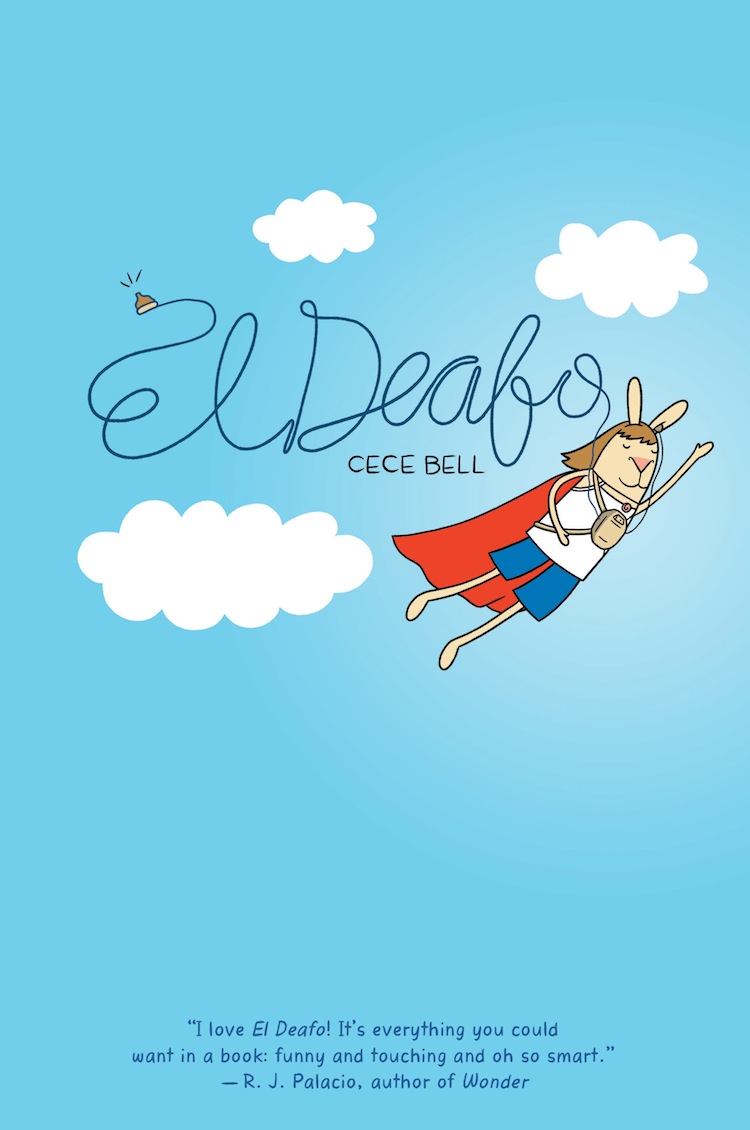 Earlier this year, children’s author and illustrator Cece Bell released El Deafo, a graphic novel about her childhood as the only deaf student in her school. At the age of four, Bell contracted meningitis, which caused her to become deaf. She used a large hearing aid that strapped to her chest, while her teacher wore a microphone that transmitted to the hearing aid. Bell’s teacher left the microphone on throughout the day—even while going to the bathroom, smoking in the teacher’s lounge, and complaining about students to other teachers. These insights to the “real life” of the teacher gave Bell a secret superpower that none of her classmates had and helped her make friends.

Bell demonstrates the functionality of the hearing aid she used as a child.

In an interview on NPR‘s All Things Considered, Bell spoke about why she left out the sappiness often seen in stories about people with a disability.

I’m not a maudlin person. And one of my least favorite things are the movies that have some disabled person, and the violins come out, and it’s all weepy, “Boohoo.” That’s not me. That’s probably not most people with a disability. 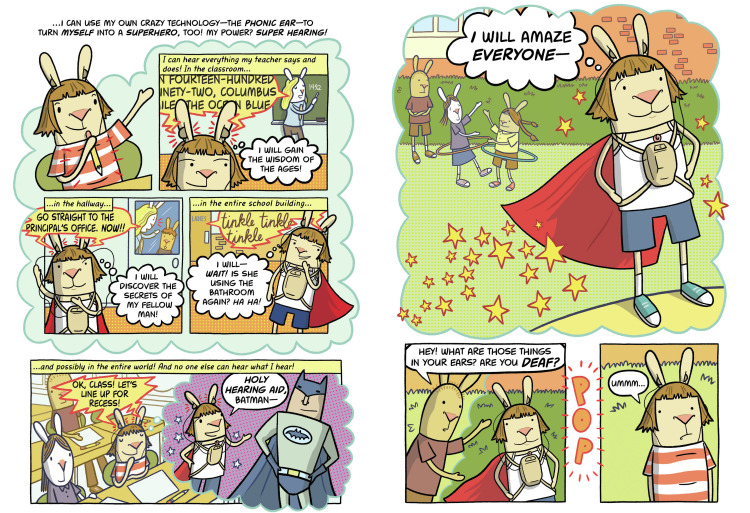