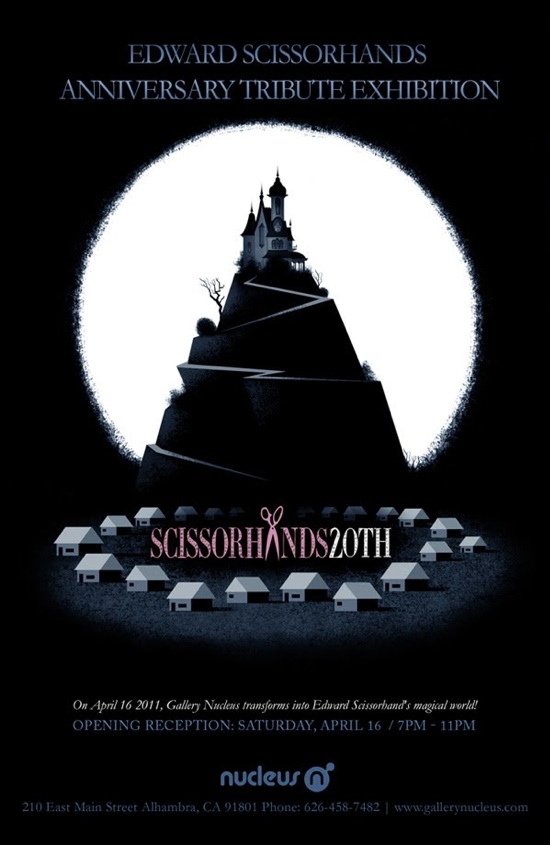 Edward Scissorhands 20th Anniversary Tribute, based on the online project created by Sebastien Mesnard celebrating the 1990 Tim Burton film, opens on April 16th at Gallery Nucleus in Alhambra, CA. The show runs through May 9th.

The exhibit will highlight the works of over 50 international and local artists, including paintings, drawings, prints, sculptures, etc. and unite enthusiasts and fans in celebrating the 20th anniversary of Tim Burton’s classic love story and its unforgettable characters; Edward, Kim, Peg and a band of colorful suburbanites.