This slow-motion highlight reel from the second season of Danish television show Dumt & Farligt – igen (which roughly translates to “Stupid & Dangerous – again”) shows what happens when you spark a camper full of gas, combine 2.8 tonnes of wine gum with dynamite, drop a piggy bank in a lawn mower, and light 60,000 matches at the same time. For its first season, the show released a similar slow-motion reel that featured indoor fireworks, a chainsaw versus a Coke bottle, and lots of other visually exciting destruction. 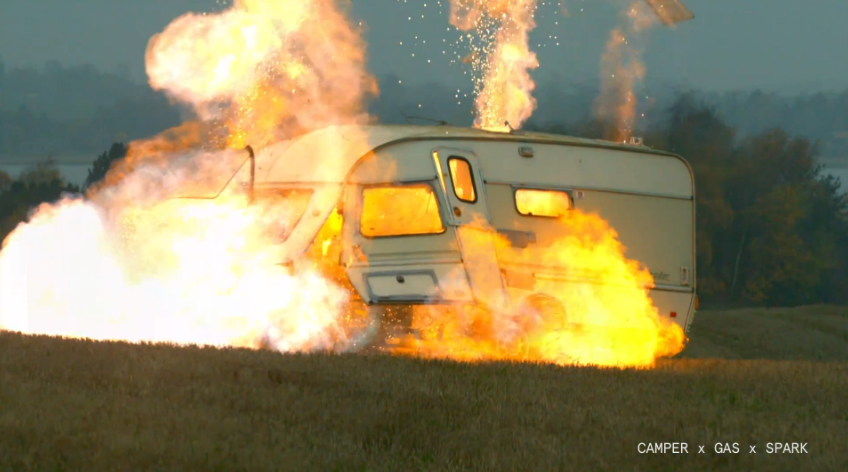