Domino Sugar once had a thriving refinery that sat right on the banks of the East River in Williamsburg, Brooklyn. The refinery opened in 1858 and was known as the “crown jewel” of the company. Unfortunately, the plant closed in 2004 due to economic, political and global changes in the area.

In 2012, Two Trees Management Company acquired the land associated with the refinery and with the approval of the city, began construction on Domino Park, an interactive park that would partially open in June 2018, taking the name of its predecessor Domino.

In 2014, just before the construction began, artist Kara Walker crafted a gorgeous 35-foot tall Sphinx-Woman out of sugar.

Domino Park is built on the grounds of the former Domino Sugar Refinery, a site of incredible significance to the growth and development of Williamsburg and the entire Brooklyn waterfront. …Decades of manufacturing displacement, relocation and closure contributed to a transformation of this waterfront and significant changes to the surrounding neighborhood. Domino Park is a tribute to the story of this site and is dedicated to the diversity and resiliency of generations of Domino workers, their families, and their neighborhood.

Over the weekend, Scott and I had the opportunity to visit Domino Park, which is a beautiful waterside park that incorporates artifacts from the old refinery into a modern and colorful green space. The weather was warm and the park was busy that day, people of all sorts came out to sunbathe, play with their kids on the playground or in the foot fountains. The park also features an elevated walkway, a volleyball court, a bocce ball court, a fog bridge and a dog run. Here are all of the photos Scott shot of Domino Park. 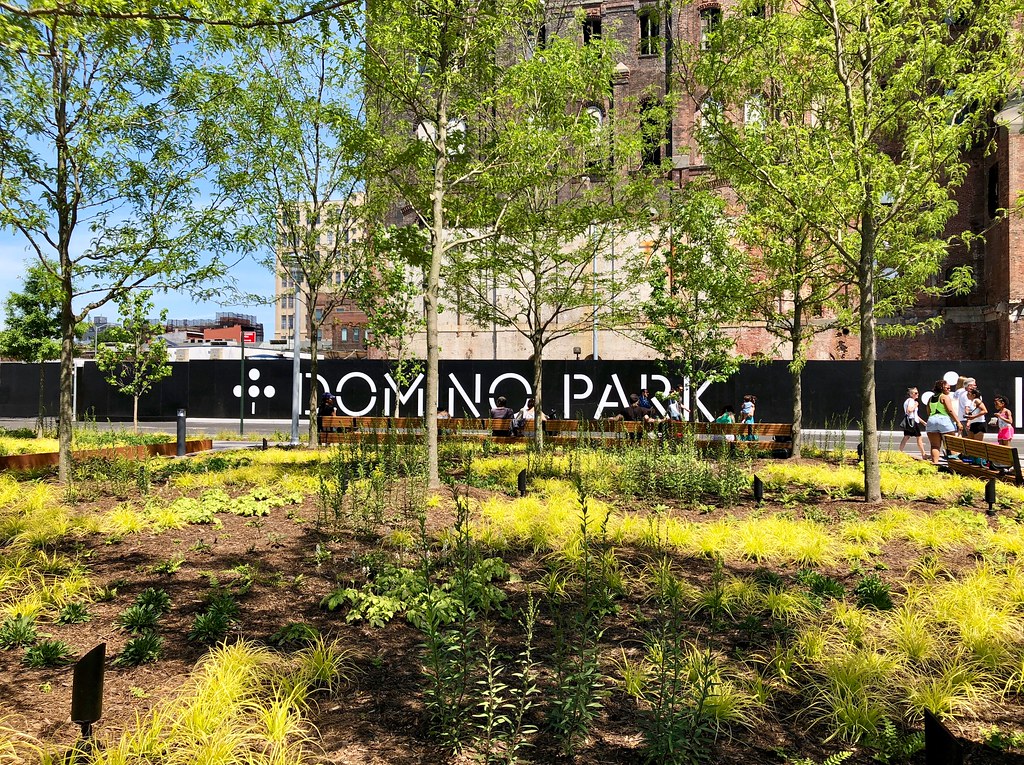 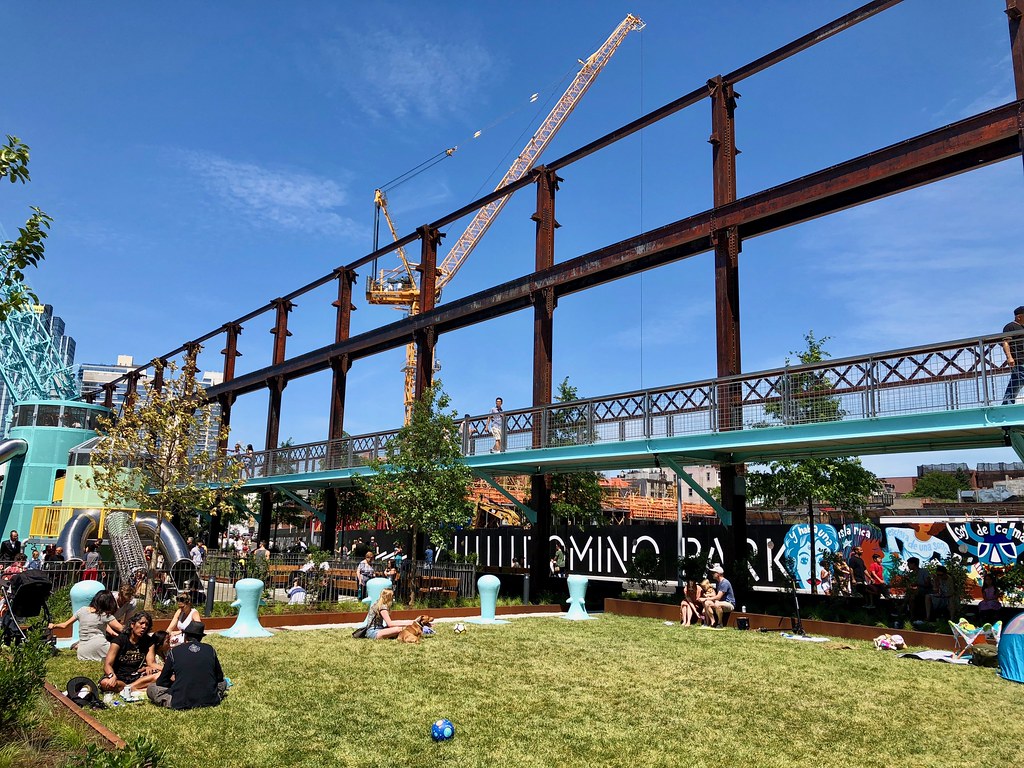 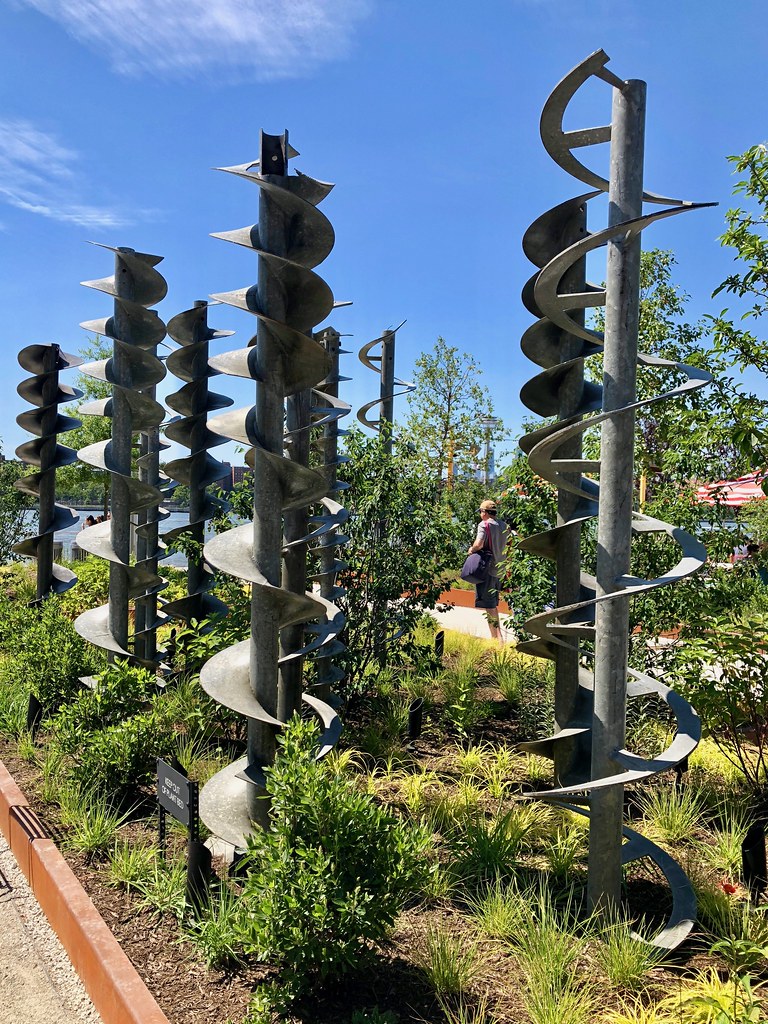 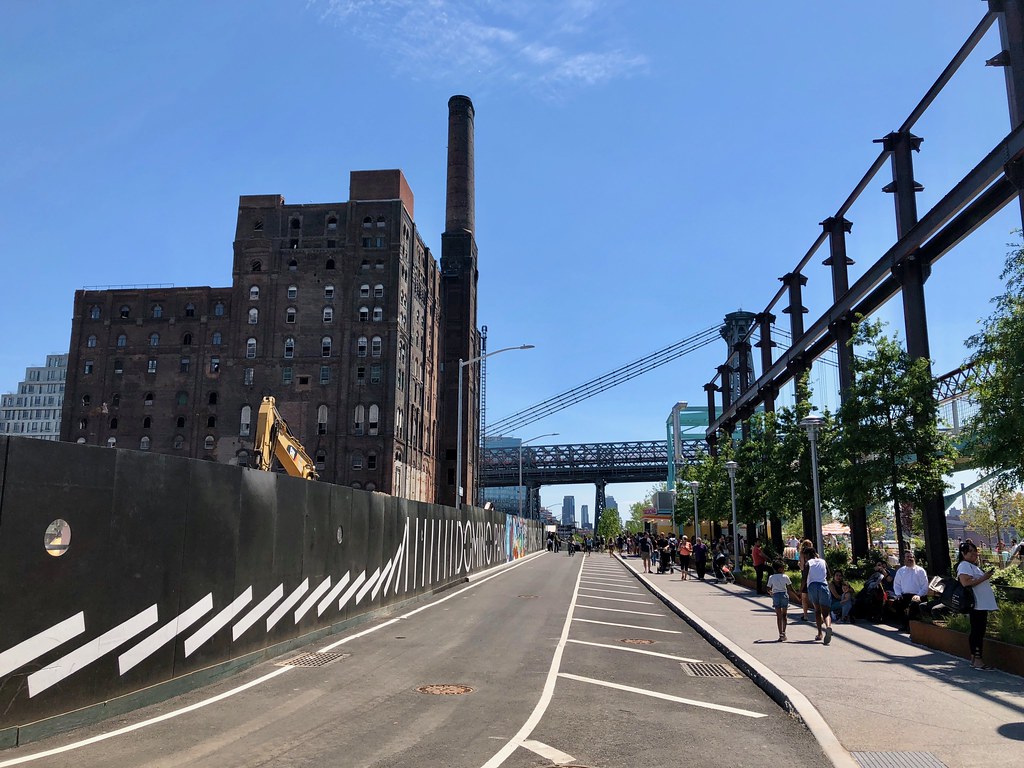 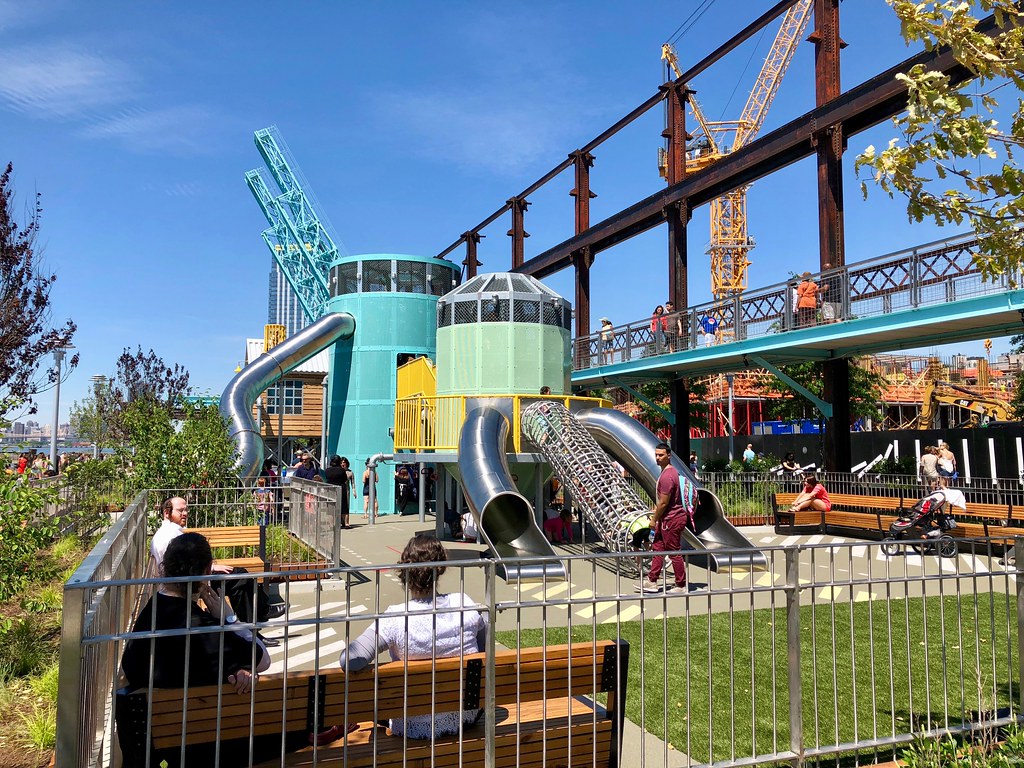 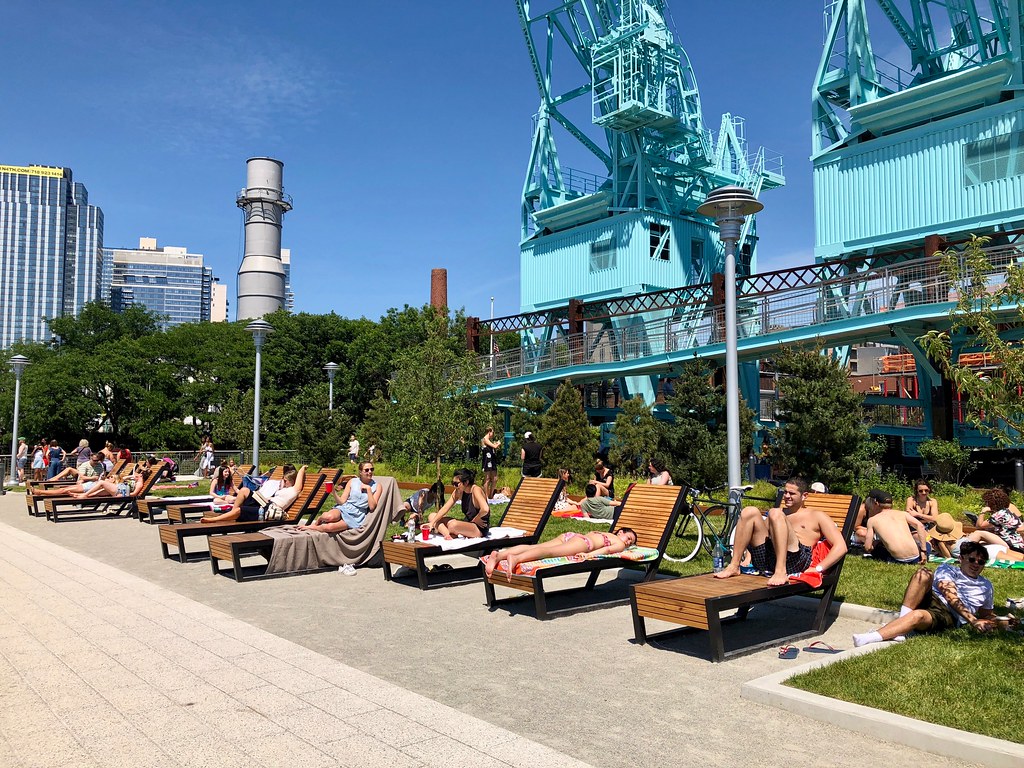 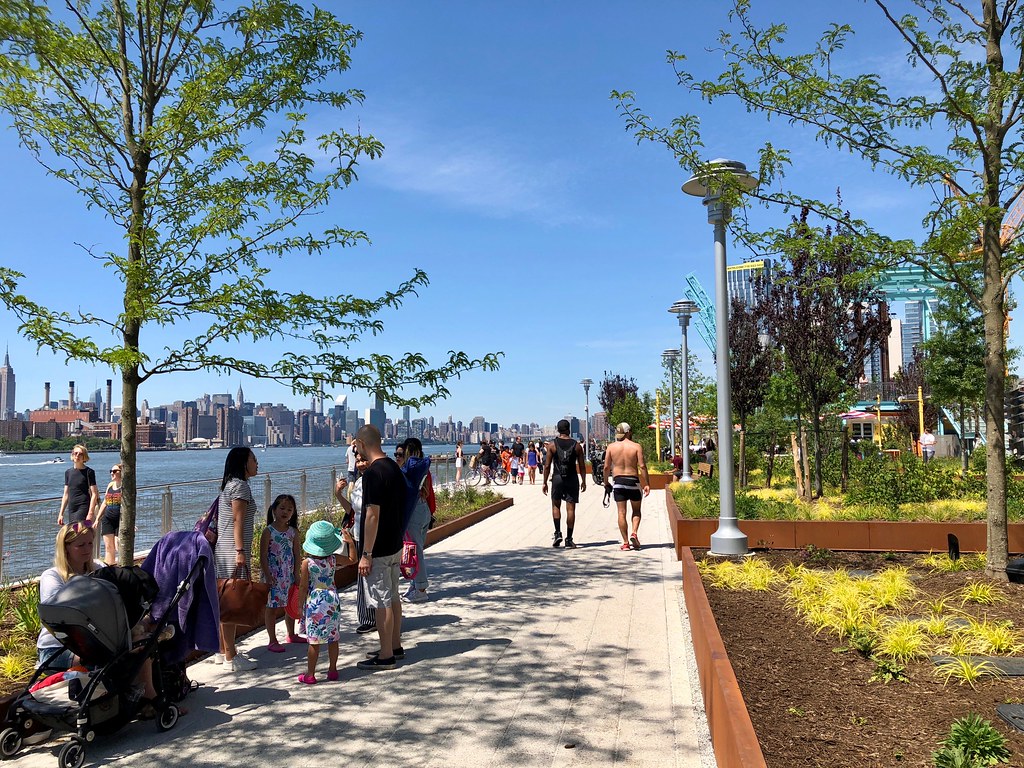 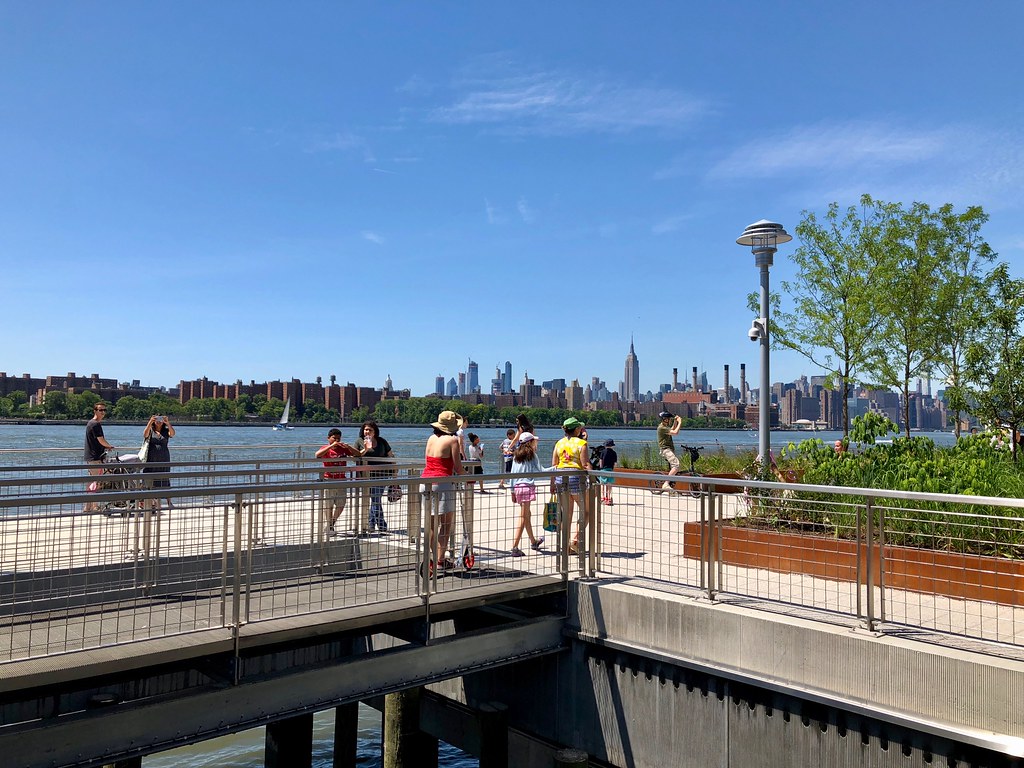 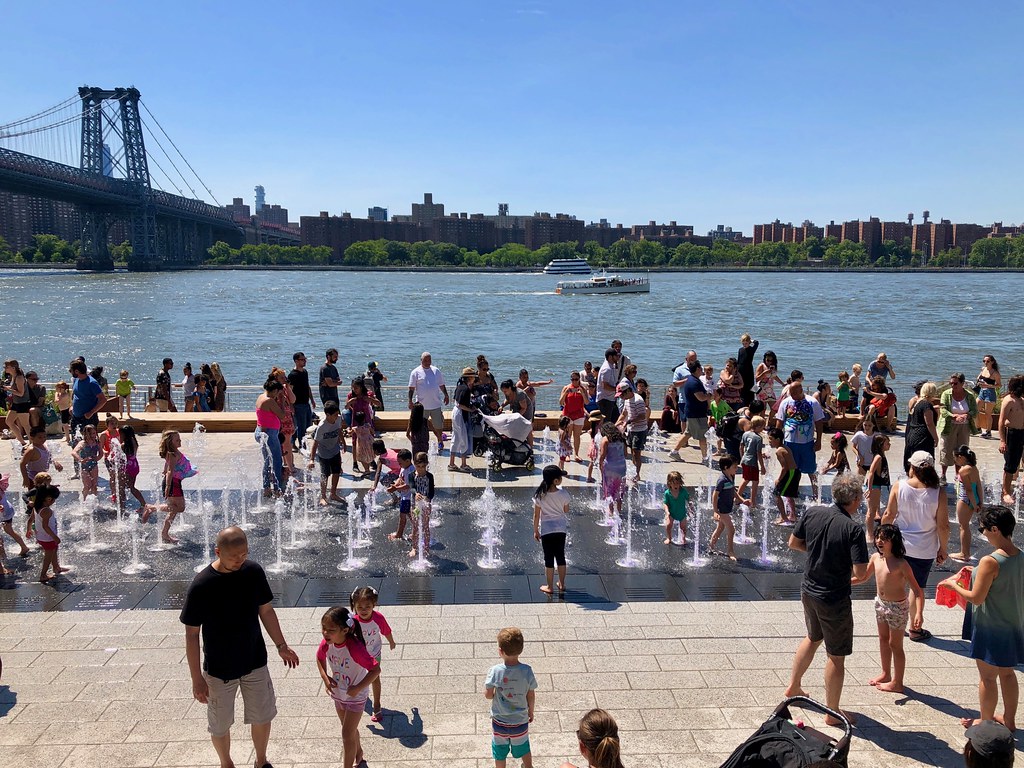 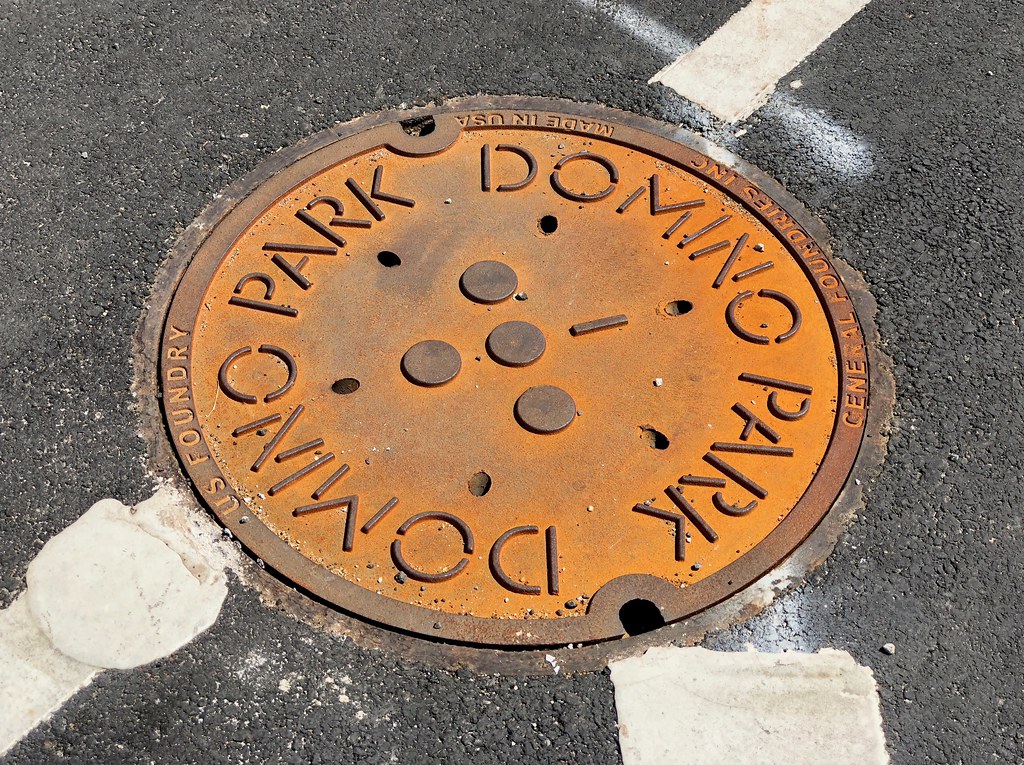