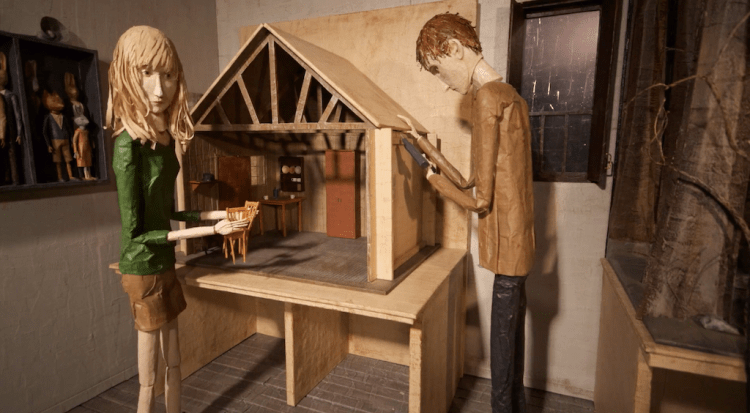 French-Canadian filmmaker Frédérick Tremblay has created a powerfully meta environment in the stop-motion animated short “Dolls Don’t Cry”. The subjects of the film are an emotionally distant couple working on a stop-motion animation. The man makes films by day and the woman creates and fixes the sets by night. The two rarely cross paths, however, each feels comfortable in the space itself.

While eating alone one night, the woman discovers a blank copy of herself waiting behind a cupboard. After some exploration, the woman learns that she can be easily replaced by the animator of the film.