From the company’s start to the breakup in the 1980s, AT&T always rented their phones to users. But in the 1970s, they tried a novelty line of phones that customers could actually buy, in stores. For these “Design Line” phones, the users were essentially buying just the housing – the working guts of the phones were still under the Bell System maintenance and ownership contracts.

As a collector of vintage phones, I was especially delighted to view the Design Line Fashions promotional film from the AT&T Archives which feature their late 1970s designer phones. The phones have delightful names like Telstar (for the forward thinking person), Stowaway (a hidden table phone), Noteworthy, Coquette (discreet and delicate) and more. The pleather faux snakeskin Exeter phone that is featured about half way through the film is one of my favorites and is part of my personal collection. This film is a real gem with its 1970s decor, music and, of course, great vintage designer phones. 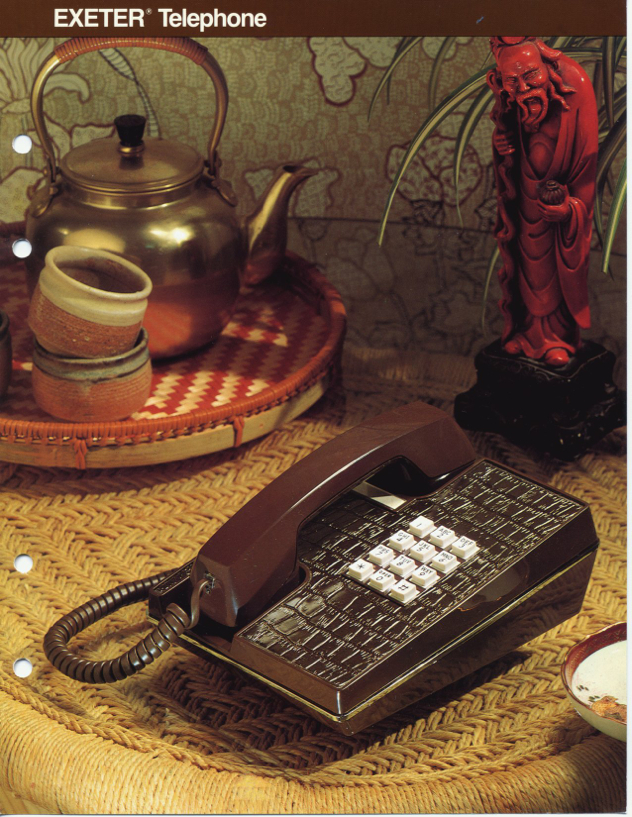 Thanks to AT&T Tech Channel for the tip!