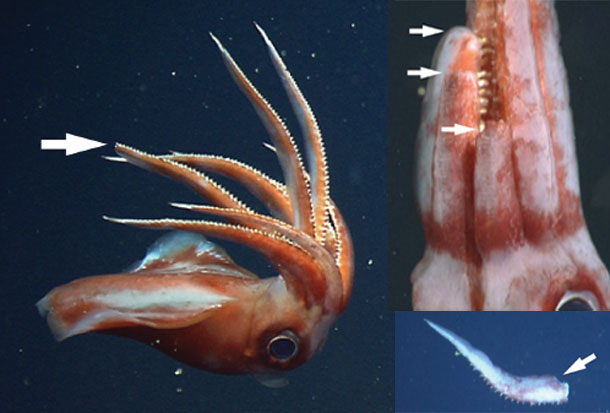 Researcher Stephanie Bush recently observed Octopoteuthis deletron deep-sea squid detaching their arms when faced with predators or prey (video). The bizarre behavior is not unknown in the animal world (lizards and octopus are known to jettison limbs), but it is a first for squid. Octopoteuthis deletron are full of surprises—last fall researchers reported same-sex sexual behavior in the little squid.