In 1975, David Bowie appeared on the Cher television show and performed an amazing but circuitous duet medley of songs with the iconic hostess that started out with “Young Americans” and spiraled from there. Each following song started with the word that was the last of the previous song and continued from there until the talented performers made their way back to Bowie’s hit song.

The two also performed a duet of “Can You Hear Me?”, while Bowie opened the show with an intense performance of “Fame”. 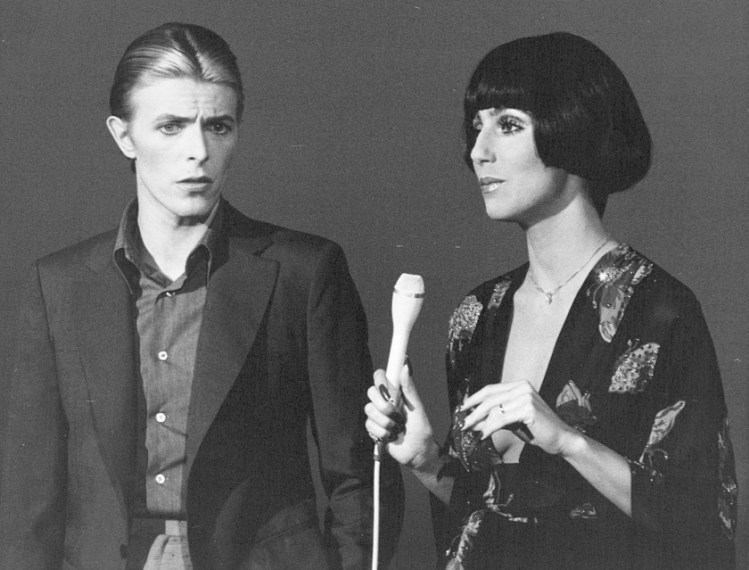