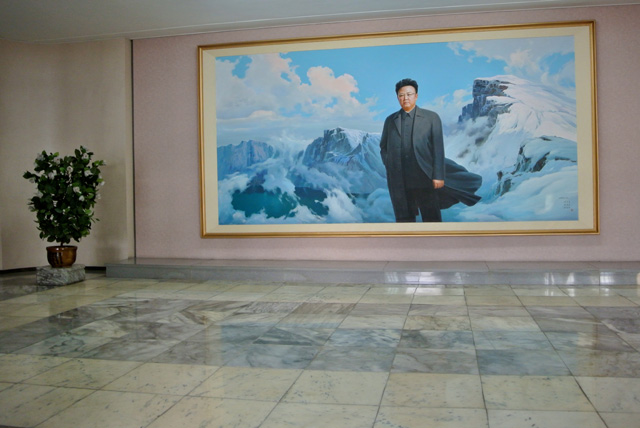 “When you enter most buildings, you’re invariably met with scenes like this…”

Sophie, daughter of Google chairman Eric Schmidt, documented a recent trip she took to North Korea with her father in great detail in “It might not get weirder than this”. According to Schmidt, he was invited by former New Mexico governor Bill Richardson to travel to North Korea (with his daughter) “to talk about the free and open Internet.” Sophie’s documentation is quite candid, full of photos and definitely worth a look.

#1 Caveat: It’s impossible to know how much we can extrapolate from what we saw in Pyongyang to what the DPRK is really like. Our trip was a mixture of highly staged encounters, tightly-orchestrated viewings and what seemed like genuine human moments. We had zero interactions with non-state-approved North Koreans and were never far from our two minders (2, so one can mind the other). 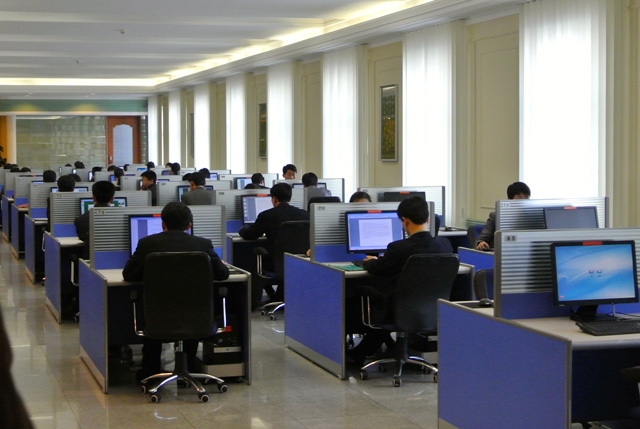 The Kim Il Sung University e-Library…Looks great, right? All this activity, all those monitors. Probably 90 desks in the room, all manned, with an identical scene one floor up.

One problem: No one was actually doing anything….Not a head turn, no eye contact, no reaction to stimuli. They might as well have been figurines.