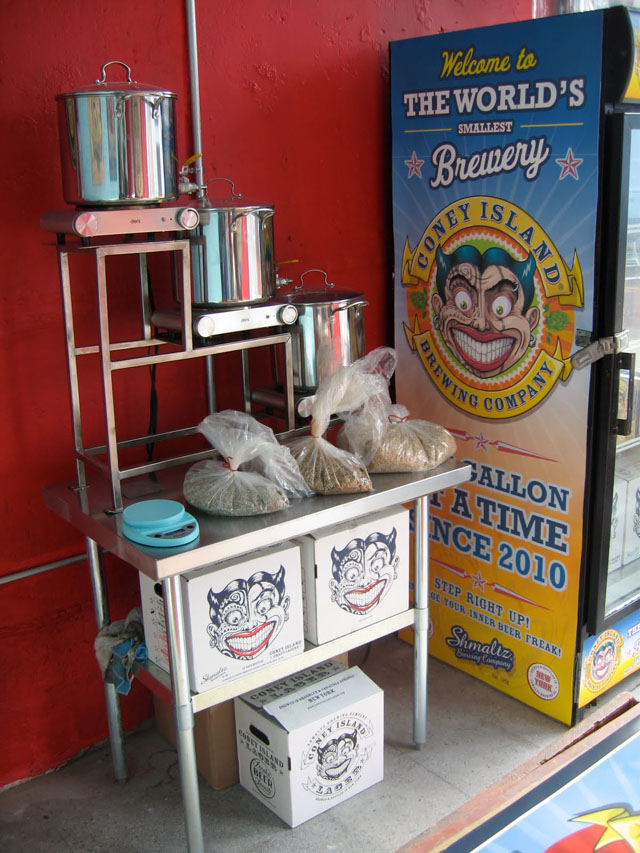 Coney Island Brewing Company crafts just one gallon of beer at a time, making it the world’s smallest commercial production brewery. Guest brewers are invited to use the brewery’s facilities, creating tiny batches of Coney Island-themed beers like the Korndog Kolsch and Pumpernickel Bagel Porter. The brewery, which opened earlier this week, is an outpost of San Francisco/New York brewery, Schmaltz Brewing.