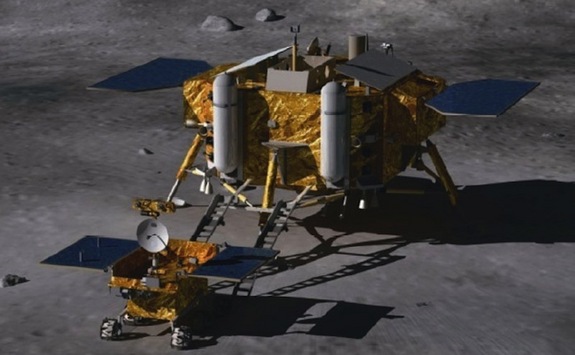 China’s Chang’e 3 robotic moon lander has landed on the moon with its solar-powered Yutu rover which will begin a two week exploration to study the surface of the moon and collect samples. China is only the third country to ever “soft-land” a craft on the moon, along with the United States and Soviet Union, and the first country to do so since 1976.

Here is the first image that was send back from the Chang’e 3 lander: 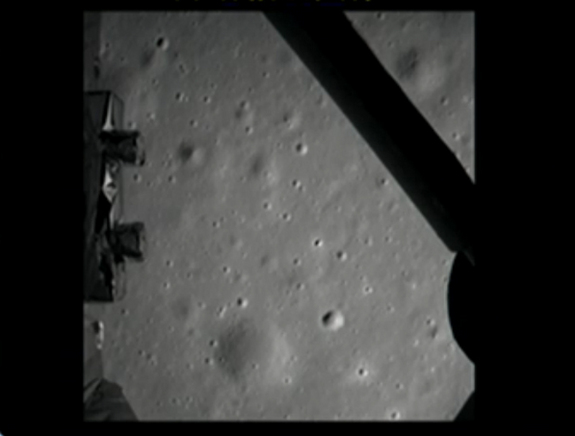