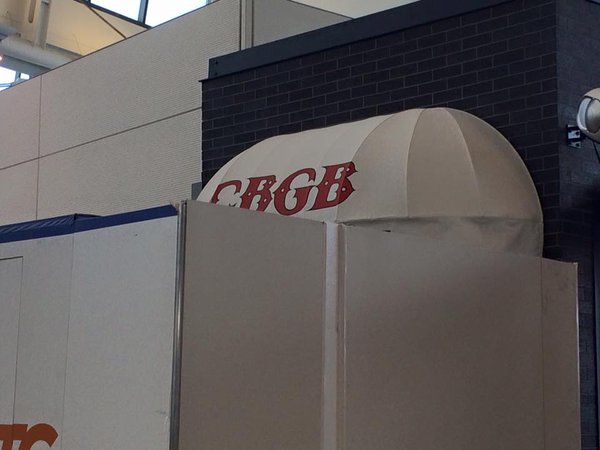 When WPRB DJ Nicky Steidel was traveling through Newark Liberty International Airport (EWR), he very wisely snapped a couple of pictures of the iconic East Village punk rock club CBGB reincarnated as CBGB LAB – a simple restaurant/lounge with pricey family-friendly fare such as $9 deviled eggs, spaghetti and meatballs for $16 and a whopping $42 prime rib. Most importantly, however, there’s appears to be no sign of Hilly’s Chili anywhere on the menu.

Further research shows that the name CBGB was acquired on May 21, 2012 from founder Hilly Kristal‘s estate by a holding group that has big plans in store.

All CBGB (@CBGBOMFUG) #trademarks were assigned to a holding company, which plans to open a CBGB in Newark Airport pic.twitter.com/eQEmmjHmVH 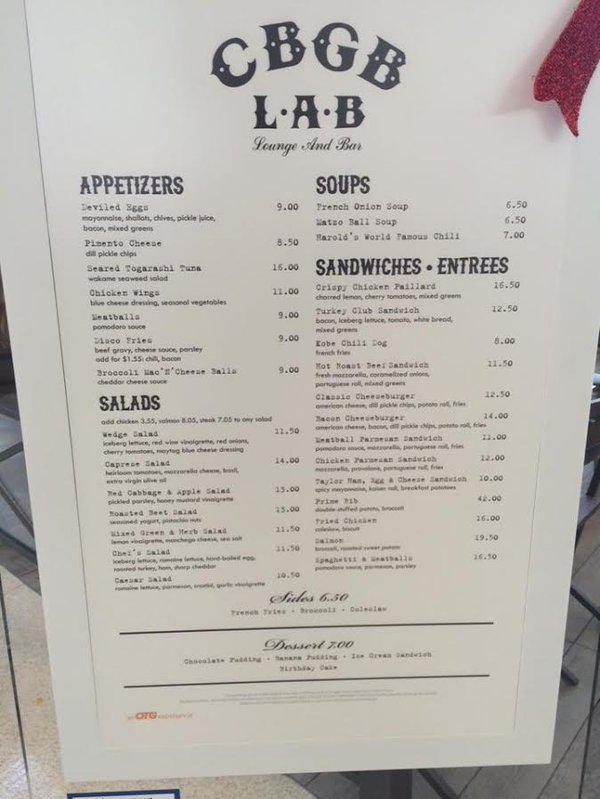