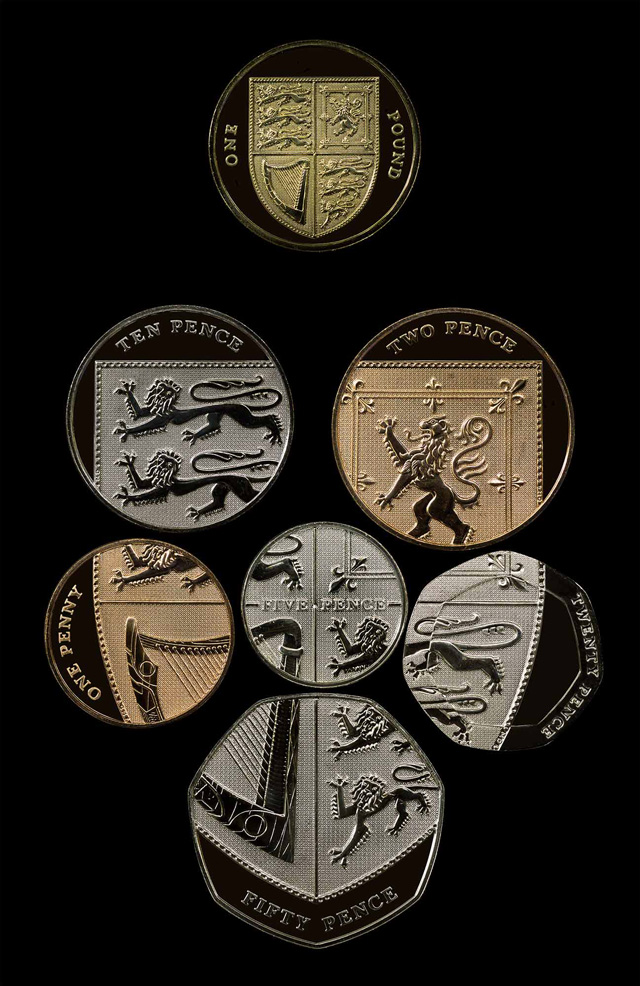 The coins of the United Kingdom can be arranged together to form the Royal coat of arms. The coat of arms feature was added in an extensive 2008 redesign of the coinage by British designer Matthew Dent.