Walt Disney Animation Studios announced plans on Thursday to release their first animated film based on a Marvel comic titled Big Hero 6. The film will be an action-comedy that follows a team superhuman operatives of the same name. It is scheduled to crash into theaters on November 7, 2014.

From Walt Disney Animation Studios comes “Big Hero 6,” an action comedy adventure about brilliant robotics prodigy Hiro Hamada, who finds himself in the grips of a criminal plot that threatens to destroy the fast-paced, high-tech city of San Fransokyo. With the help of his closest companion—a robot named Baymax—Hiro joins forces with a reluctant team of first-time crime fighters on a mission to save their city. Inspired by the Marvel comics of the same name, and featuring comic-book style action and all the heart and humor audiences expect from Walt Disney Animation Studios.

Here are a couple pieces of conceptual art for the film to tide you over until next year. 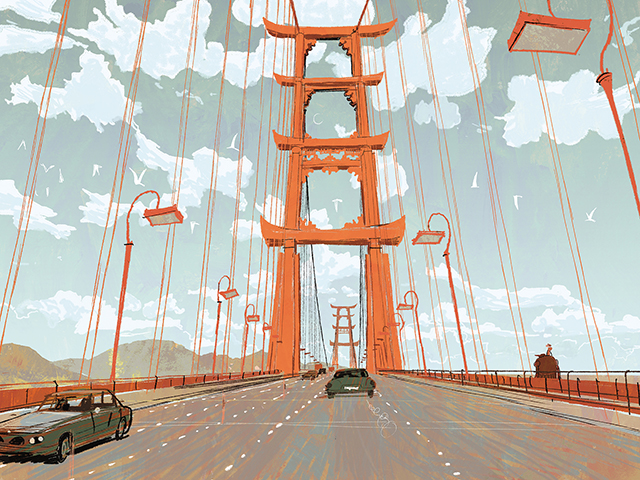 SAN FRANSOKYO AT NIGHT – Pictured in concept art, the high-tech city of San Fransokyo is home to brilliant robotics prodigy Hiro Hamada and his team of first-time crime fighters.

images and video via Oh My Disney