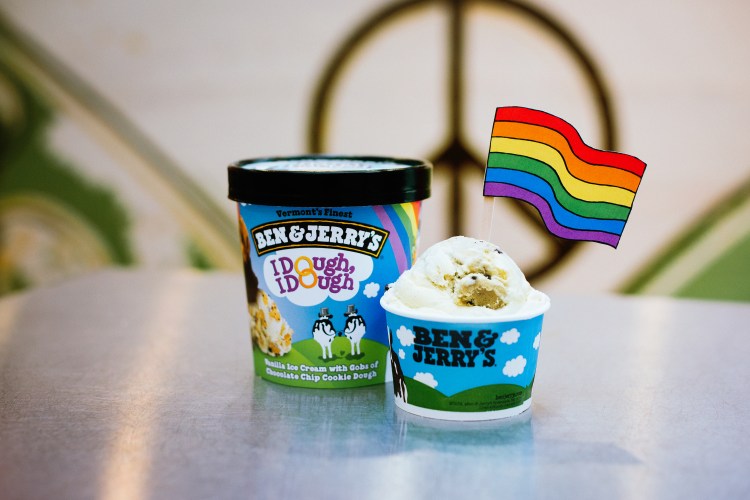 Ben & Jerry’s Ice Cream announced that they are temporarily renaming their iconic “Chocolate Chip Cookie Dough” ice cream to “I Dough, I Dough” (“I do, I do”) in honor of the landmark ruling that made marriage equality legal across the nation. The flavor, as named, will be available during the summer of 2015 at participating Ben & Jerry’s Scoop Shops.

Ben & Jerry’s is proud to celebrate today’s landmark decision from the United States Supreme Court making same-sex marriage a basic right for all Americans. Known for taking a stance with its values as much as its euphoric flavors and cleverly named products, Ben & Jerry’s is commemorating the Supreme Court decision by renaming its iconic Chocolate Chip Cookie Dough ice cream: “I Dough, I Dough.” I Dough, I Dough will be available in a special commemorative pint sleeve at participating scoop shops for a limited time.

Commemorative pint sleeves can be purchased online through the Human Rights Coalition. 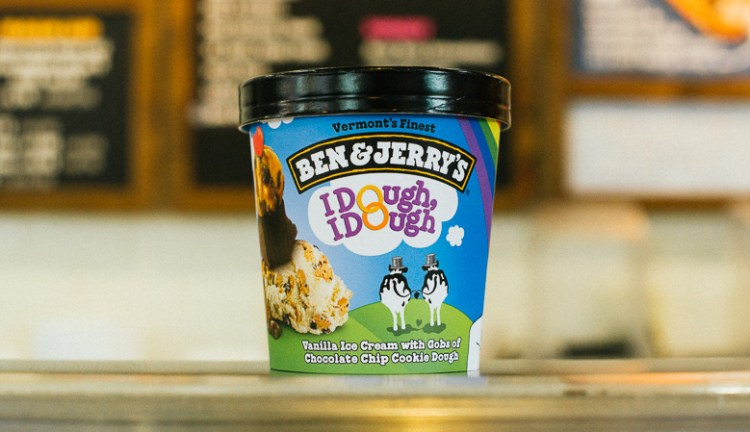 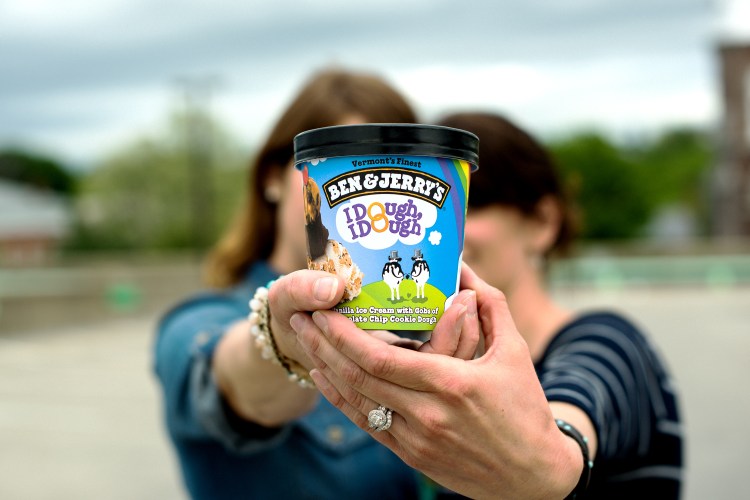