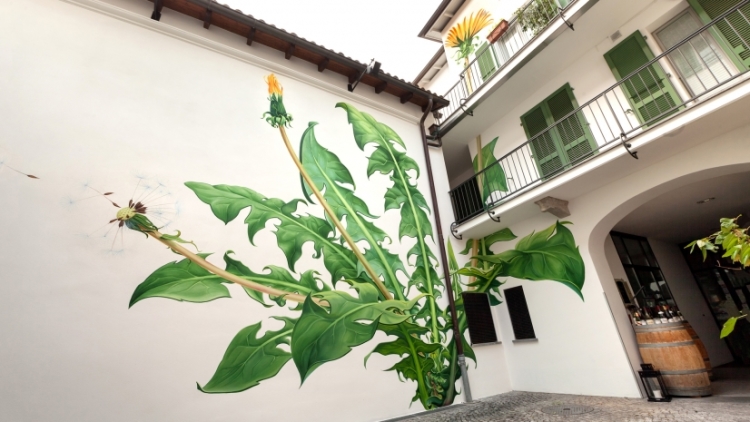 Artist Mona Caron (previously) has been honoring an unlikely subject in a beautiful series of outdoor murals—dandelions, stinging nettles, and other weeds. Caron has created the murals in her home base of San Francisco and as far afield as India. In the process of creating the murals, she has also created delightful series of painted animations. 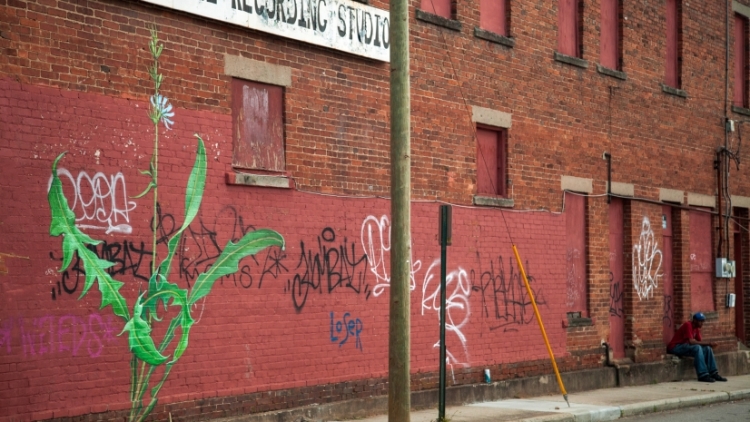 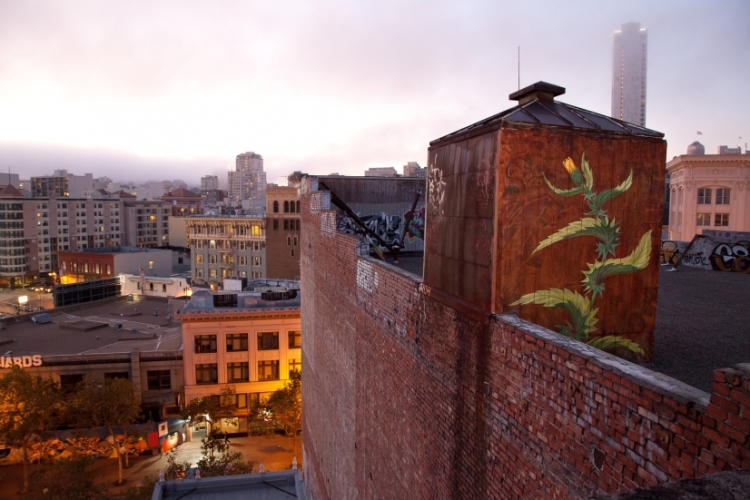 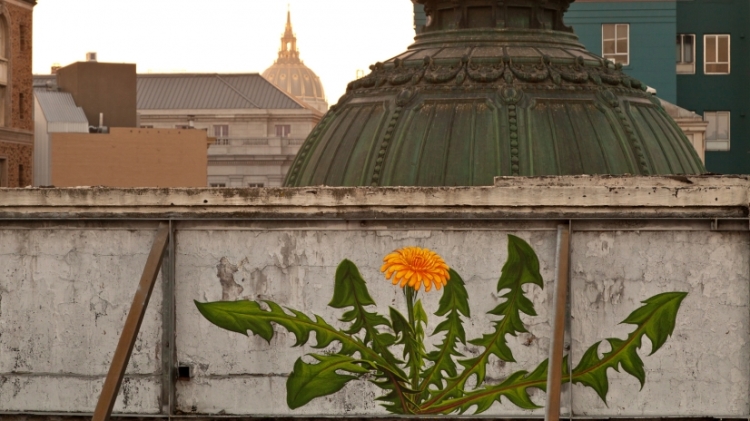 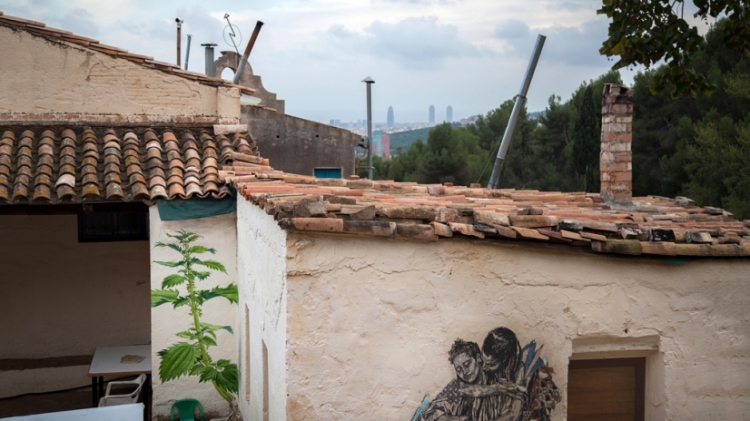