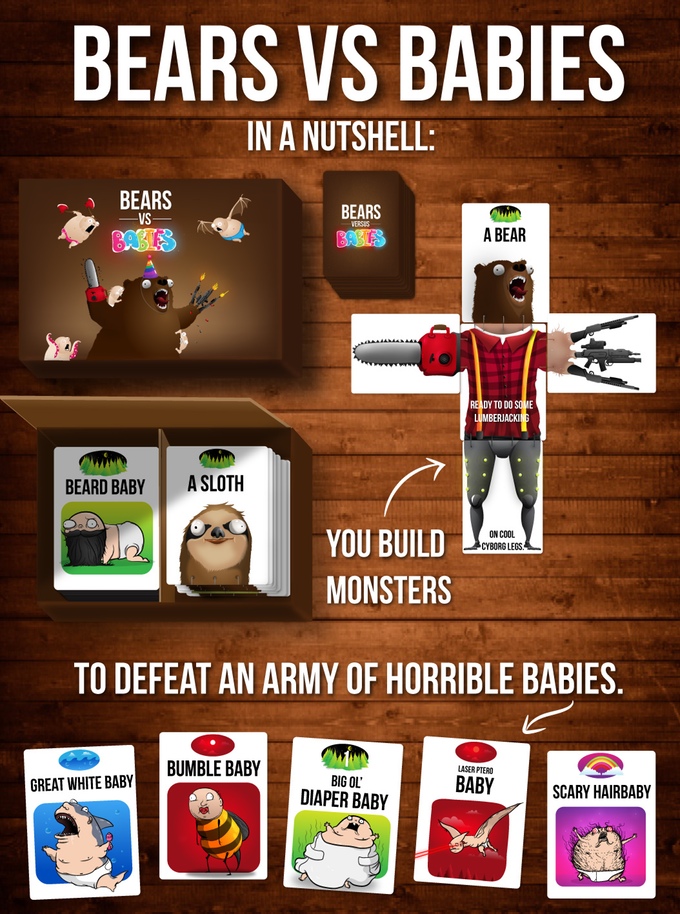 Bears vs. Babies is a card game from The Oatmeal artist Matthew Inman and game designer Elan Lee, the creators of Exploding Kittens. In the game, players use “bear” cards to build powerful monsters used to eat “baby” cards. The player who eats the most baby cards by the end of the game is the winner.

Inman and Lee are raising money for the game with a Kickstarter campaign where customers can preorder the family friendly starter deck or the adults-only NSFW booster pack as rewards.

Bears vs Babies is a card game where you build handsome, incredible monsters who go to war with horrible, awful babies.

It was created by the same people who made Exploding Kittens: Elan Lee (Xbox, ARGs) and Matthew Inman (The Oatmeal). The game takes a few minutes to learn, it’s kid-friendly, and each round takes about 20 minutes to play. 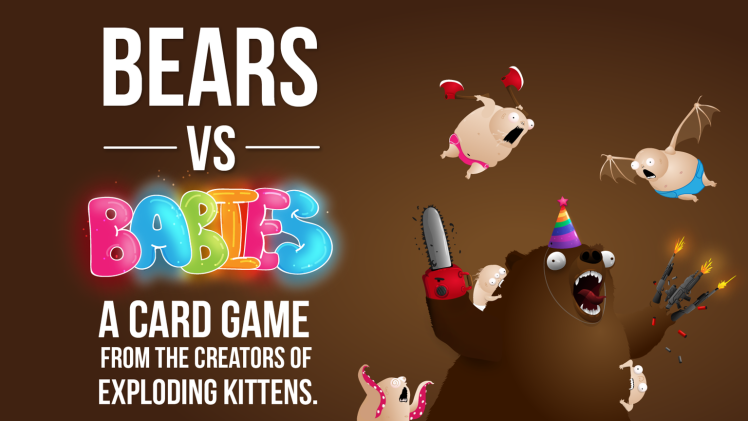