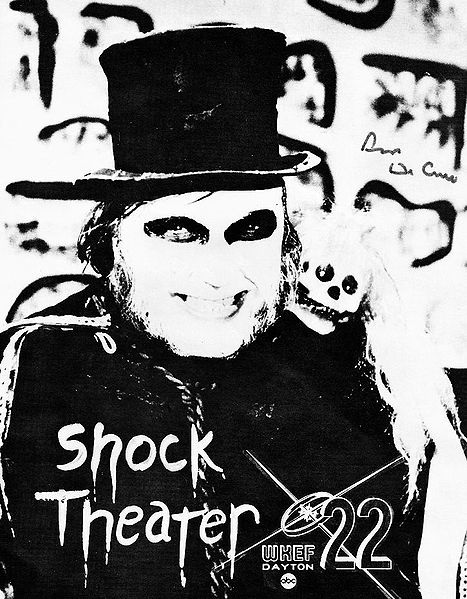 Check out Dr. Creep’s Facebook page for an idea of just how loved he was by his fans and community.

Here’s what I wrote about Dr. Creep in 2009 when I first found out that he was having health problems:

Dr. Creep, played by Barry Hobart, is a well known local personality for almost 40 years in my hometown of Dayton, OH. He was host of the wonderful Saturday TV show Shock Theatre, where he would introduce low budget horror films and produced humorous segments between commercial breaks. Shock Theatre aired on WKEF Channel 22 from 1972 to 1985 and developed a huge cult following. 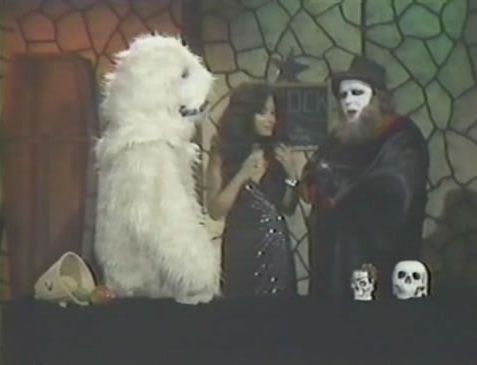 Along with it being a big influence on me as I grew up watching Dr. Creep, I also have a very personal connection to the show. My Mom used to appear on Shock Theatre as the vampire “Mysteria” who would do magic tricks during the breaks. I have fond memories hanging out at the studios during the tapings.