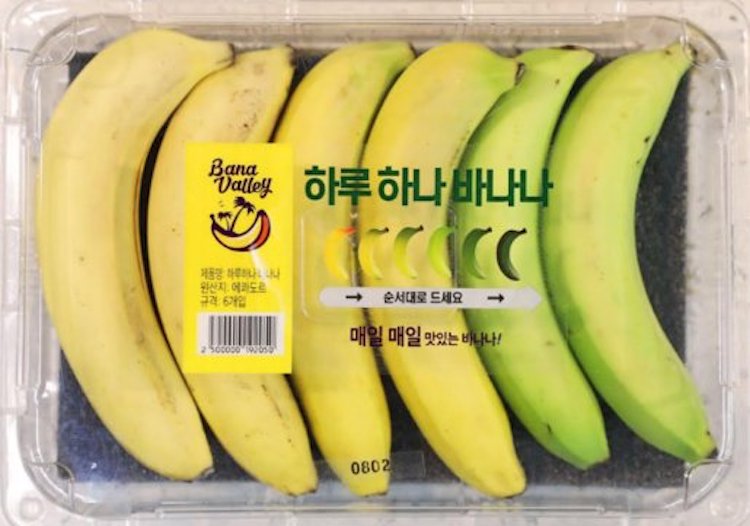 The Korean grocery store E-Mart has created a brilliant campaign that encourages people to eat one banana per day (Hana Hanana Banana). In order to make this task easier for the consumer, the grocery cleverly arranged six bananas in various stages of ripeness and packed them in order of that ripeness, so each day the fruit can be properly enjoyed in its perfectly ripened state.

(translated) Each day one banana is packed in a total of six, ranging from ripe banana to less ripe bananas. When buying a banana, they solved the inconvenience of eating a banana that was hard at first and then too soft. They cut the top of a single banana and packaged it and prevented it from being twisted.

Genius at work. E-mart in Korea is now selling the "One a Day Banana" pack, containing several bananas of different ripeness so that you can eat them over several days. https://t.co/VWEkSsE1my pic.twitter.com/V2uLRLKpwL