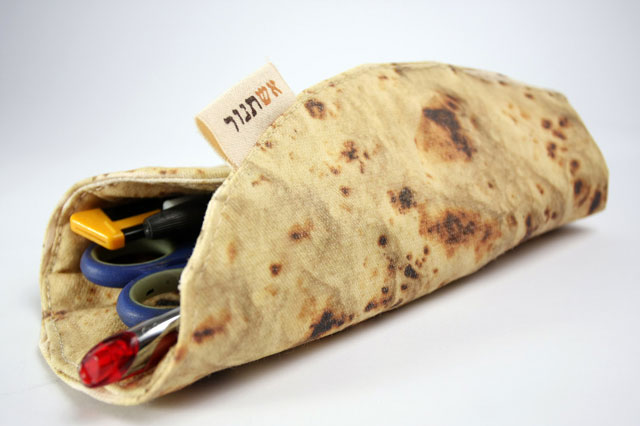 The Ashtanur is a pita bread-shaped pencil and utensils case made by Baruch Mogilevsky in collaboration with Ido Mohar of Mohar Design. It is available to purchase at Ido and Baruch’s Etsy shop, Abuyoyo.

A project about a memory from Jerusalem, the city that has its own language.

Ashtanur is an “oven bread” in arabic, and used as the common word for lafa bread in Jerusalem.

By imitating the rolling procedure that is used to cover and contain local food, with some humor added, the “Ashtanur” transforms to a pencil\ utensils case. 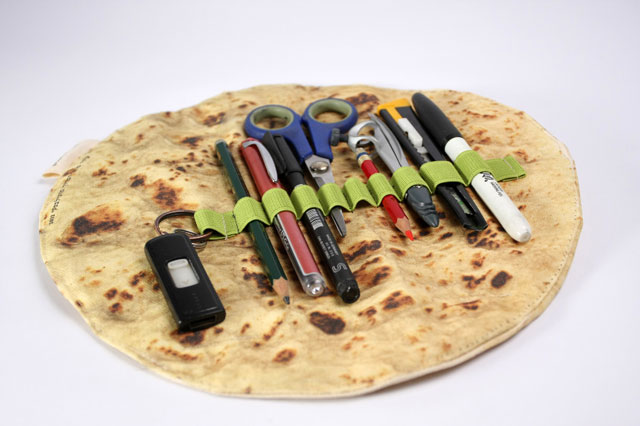