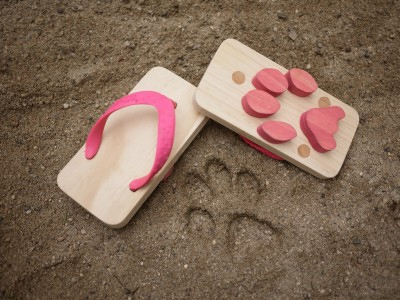 Cat
The cat which I remember it without making a sound while I cover the nail, and stepping cautiously on the ground with a tender meat ball, and stops. Many people are healed by the meat ball of the cat which was the soft peach blossom color… 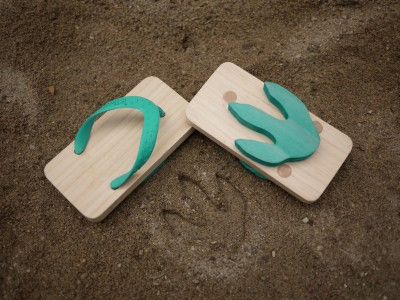 Tyrannosaurus
In 2007, a footprint thought to be the tyrannosaurus was discovered in North America Montana. In the Cretaceous when a huge forest was brought up and was wrapped in deep green…the tyrannosaurus I stepped cautiously on the earth and lived. 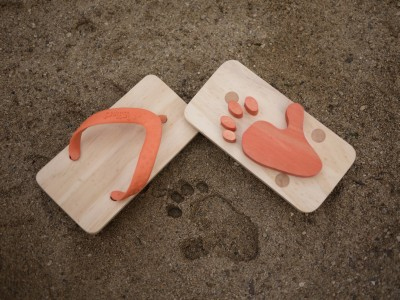 Monkey
The forefoot of a monkey resembling the palm of the person. But other fingers and thumbs are far, and the hind leg is characteristic to be easy to catch a thing unlike a person. I have a face of the yellowish vermilion…but blush when excited. 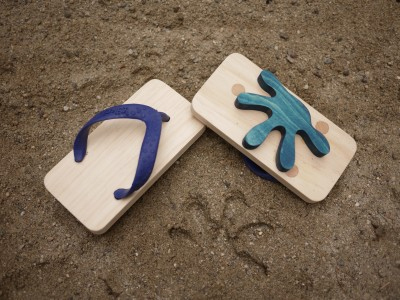 Gecko
The gecko of the finger-tip with the sucker is nocturnal to climb up the wall. I love night skies of the navy blue…! 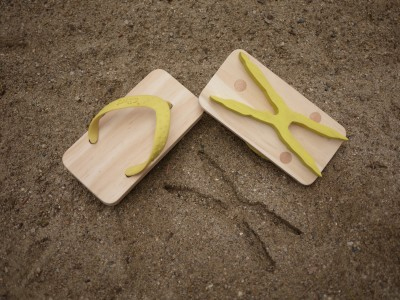 Owl
The raptors are rare among the four fingers with the sharp claws, and the two face forward. Accommodation and their feet firmly on the branch has a lot of hairs on the fingers. But beak, just like other raptors… 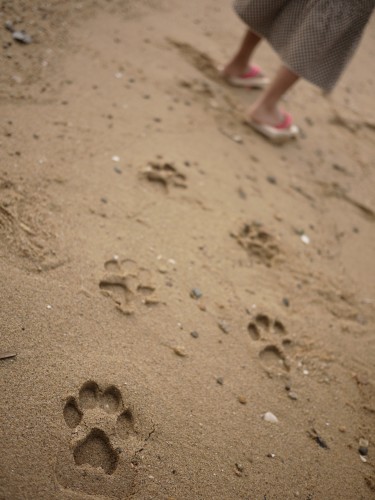 Japanese design firms, Magnet and Kiko+, collaborated on these traditional Japanese geta-styled wooden sandals, called Ashiato (meaning, appropriately, ‘footprint’). What makes these untraditional is that each step a child makes leaves the imprint of an animal behind. In this case, the print is either a cat, a Tyrannosaurus, a monkey, a gecko or an owl. 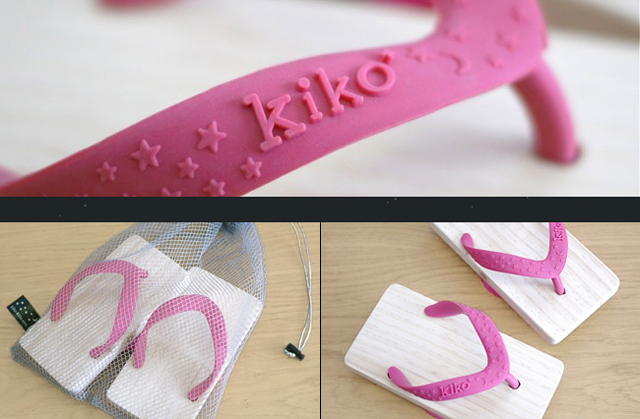 images via Magnet, Kiko+ and Rakuten