The illustrated artwork of Jason Heuser creates an alternate historical reality where famous figures in United States history are total bad-asses. Limited prints of his illustrations are available at his Etsy shop, The Epic Art Store. We previously posted on his illustration George Washington Zombie Hunter. 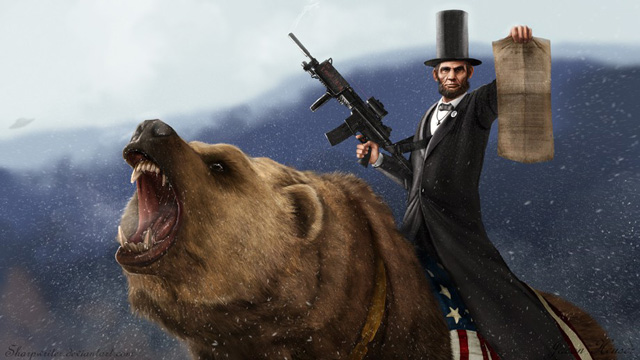 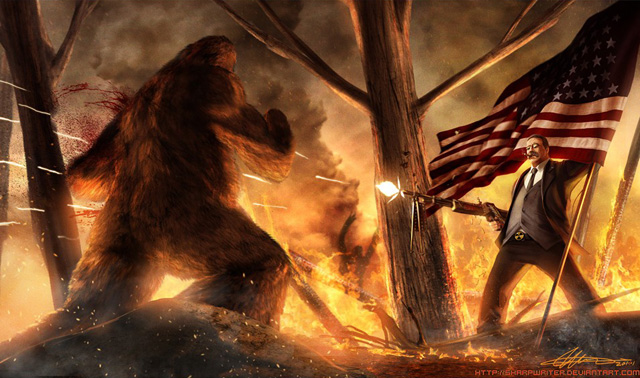 Show your patriotism with this historically accurate print of one of America’s most bad-ass presidents….Teddy Roosevelt. Not only did Teddy Roosevelt give a speech with a bullet in his chest, but what many people don’t know is he slaughtered many bigfoot in his time…this is a picture of one of those events. 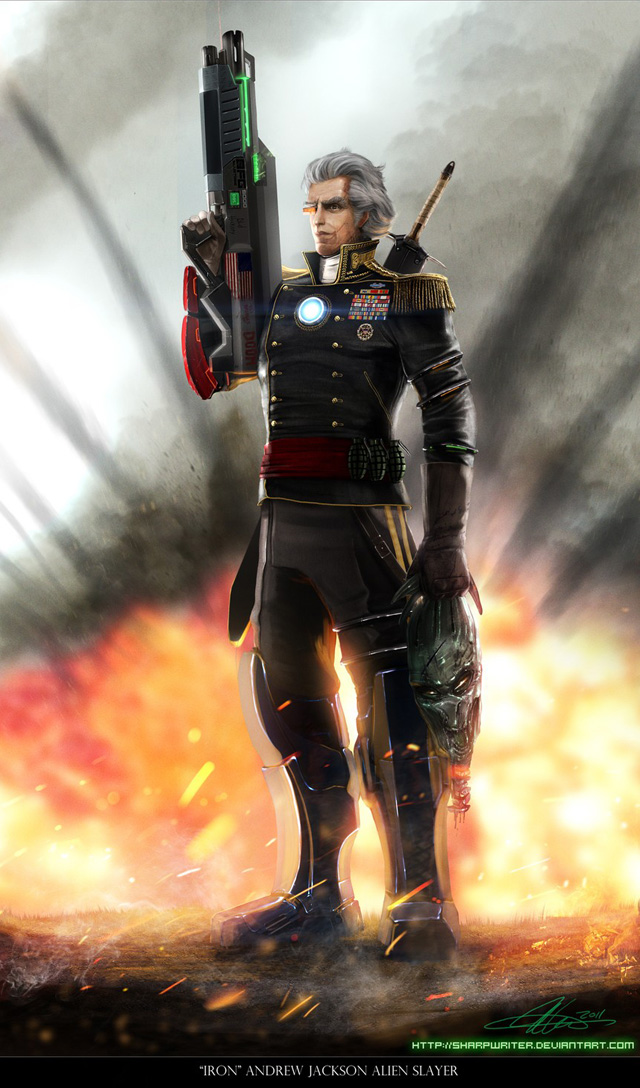 In the year 2055 the world was invaded, humanity sat on the brink of destruction the world governments united and sent agents back in time to get the best general we’d ever known…Andrew Jackson and throughout his life he did a lot of cool shit, dueled people…a lot which is how he ended up with a musket ball in his chest pretty much exactly like Tony Stark.Went to war, gambled, etc etc .

This is a war portrait as he stands victorious in yet another battle.