Visitors to a stretch of Northern California coastline near San Francisco may stumble upon a piano or two, thanks to the ongoing guerrilla art project “Sunset Piano Opus Two for Twelve Pianos” by artist Mauro Ffortissimo. Since late June, twelve pianos have been installed by Ffortissimo and his team in scenic outdoor locations along the coastline of San Mateo County. The pianos are expected to be available to the public for the next two weeks, depending on the response by authorities (the project is not officially sanctioned). Filmmaker Dean Mermell is filming the endeavour for an upcoming 1-hour documentary. Ffortissimo and Mermell are raising funds on Kickstarter to finance the project and the documentary. The locations of the pianos are being made available to supporters of the Kickstarter project. 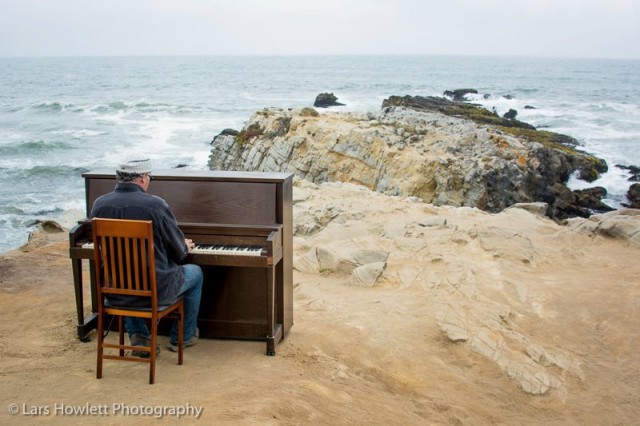