1) Buy a used sedan (something big and American-made from the early 2000s, like a Crown Vic).

3) Work with those artists turn the sedan into a custom work of art dedicated to the late actor Jerry Orbach.

Here are a few the rewards — bumper stickers, placard, keychain, seven copies of the air freshener, and more — for supporting Brandon’s campaign: 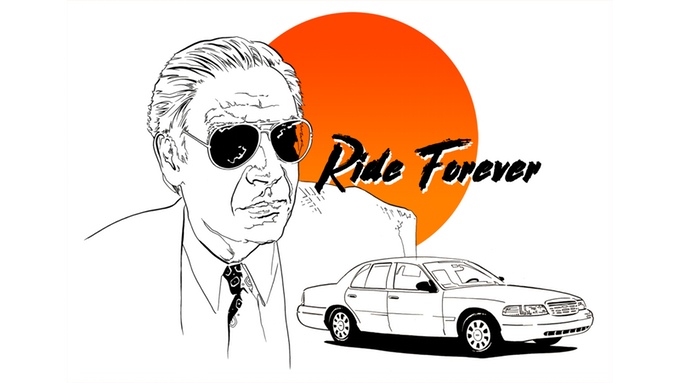 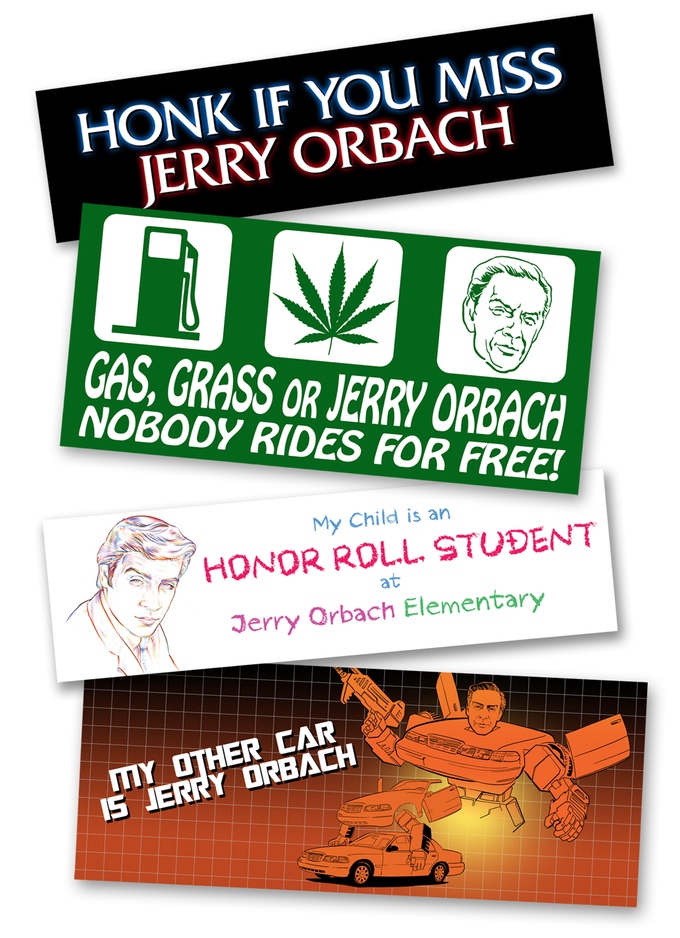 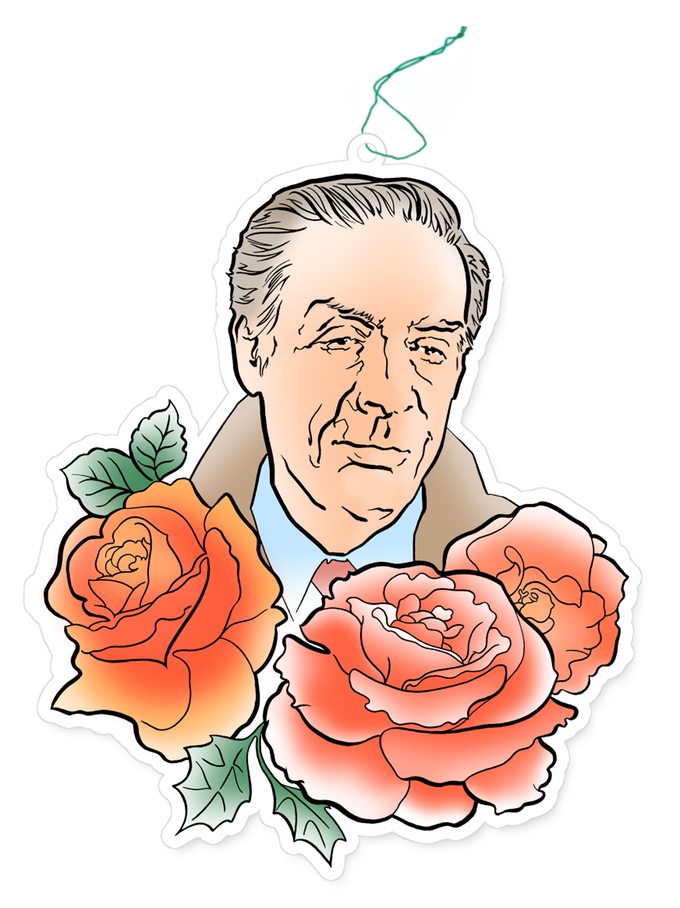 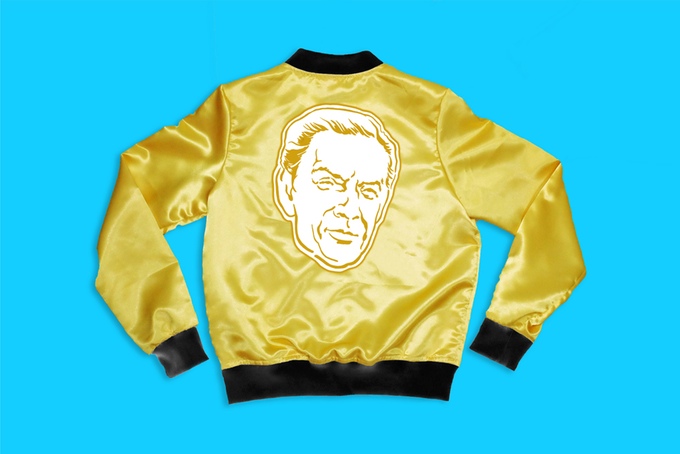 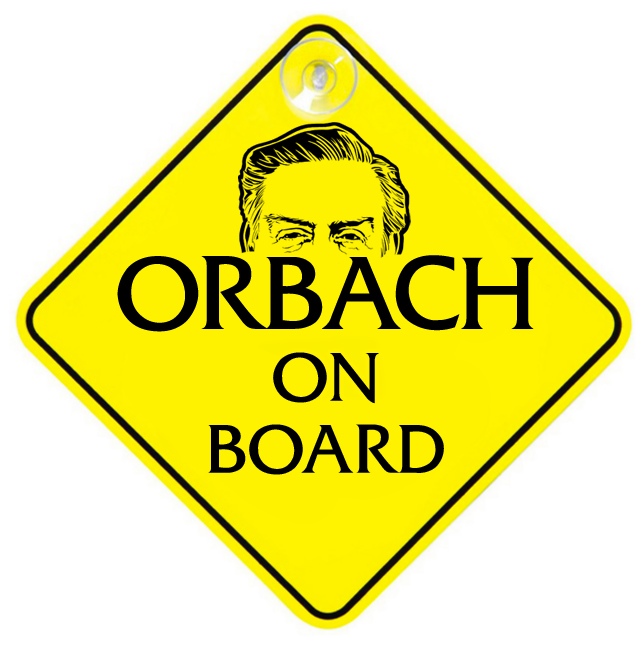