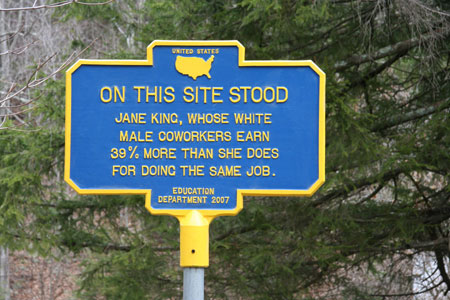 For his I-75 Project, artist Norm Magnusson has been placing a series of fabricated historical markers along Interstate-75. Although they appear official, Magnusson’s markers contain political and social observations rather than historical ones – what he calls “art of social conscience”.

Interstate-75 begins in Sault St. Marie, Michigan on the Canadian border. After leaving Michigan, it doesn’t touch another blue state. It’s 1,775 miles from top to bottom with about fifty rest stops.

The I-75 Project [places] historical markers with social and political content in each of these rest stops. My goal is not to incite, but to inspire though amongst those who travel on this route.

About his choice to insert his artwork in a public setting, Magnusson writes:

The types of people who stop to read them are collectively defined more by their curiosity about the world around them than they are by any shared ideological leanings, which makes them a perfect audience for a carefully crafted message. And unlike most artworks on social or political themes, these markers don’t merely speak to the small group of viewers that seek out such work in galleries and museums; instead, they gently insert themselves into the public realm.

“Are they real?” is a question viewers frequently ask, meaning “are they state-sponsored?” I love this confusion and hope to slip a message in while people are mulling it over.

These markers are just the kind of public art I really enjoy: gently assertive and non-confrontational, firmly thought-provoking and pretty to look at and just a little bit subversive. 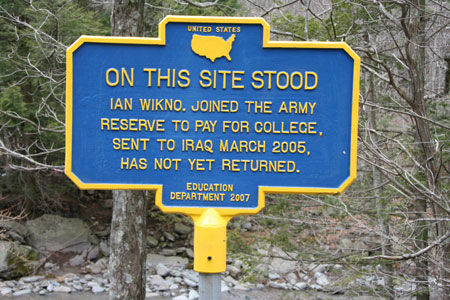 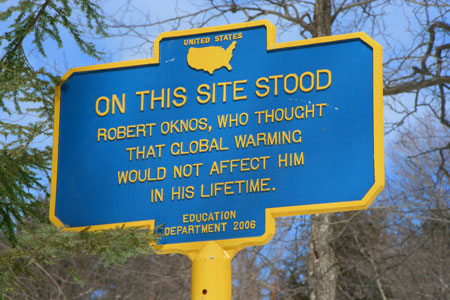 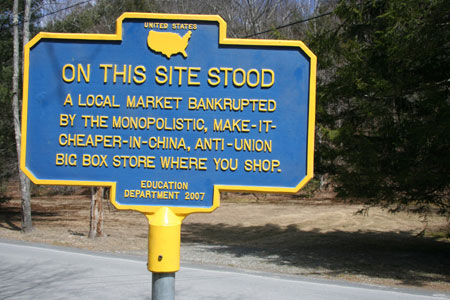 Check out more signs from this series at The I-75 Project website.