In 2018, former NASA engineer Mark Rober (previously) came up with a came up with a brilliant plan for a mechanical glitter fart bomb that would not only deter people who steal packages from porches, but also document the hilarious consequences.

Since that time, Rober has been thinking about how to improve his hilarious exploding glitter fart bomb and with a little help from Macaulay Culkin (previously) and friend Sean Hodgins, he was able to do so.

So glad I could lend my home security expertise to this endeavor. https://t.co/lMg0YIEROf 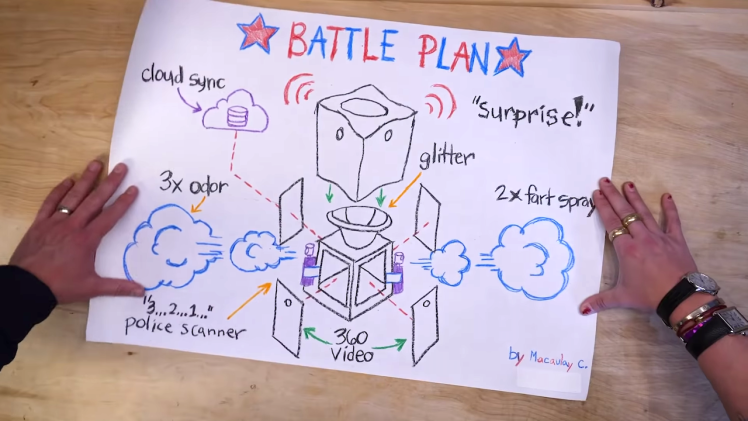 The new glitter fart bomb sports such improvements as biodegradable glitter, a double dose of more noxious fart spray, a sleek surveillance system and a series of recordings that make it sound like the police are on their way.

We started with a complete redesign of the box to make it more streamlined and secure for contrast. …Here you have a battery-powered custom-printed circuit board on the bottom that has a built-in accelerometer so it can sense when it’s been jostled and then it tells these four phones to start recording, and these are wide-angle lenses, so as you can see you’ll be able to record the thief no matter which side they open it from. Then right here we have some fart spray but we added a second bottle this year so as both these motors spin cams around not only does it spray twice as much but we changed the formula this time around and it is wretched.

Several thieves found out just how wretched it was. Which was exactly the point of the whole exercise. And Rober had some choice words for a thief who was in on the whole thing and still refused to return the bomb.

If you’re gonna steal from someone don’t pick the dude who just spent a year and a half of his life avenging the theft of a $5 Amazon package. If I’m willing to get that petty over something I could easily reorder what do you think I’m gonna do to the guy who steals the outcome of that year and a half of work. 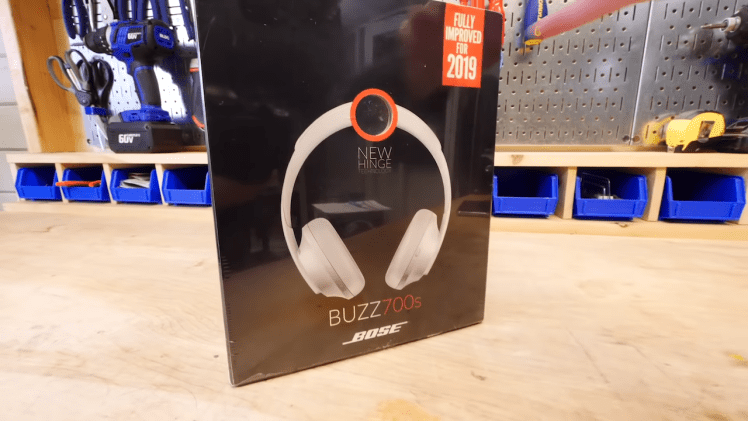 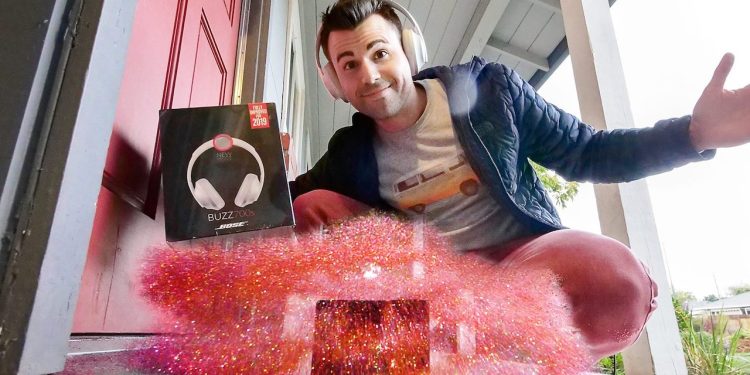