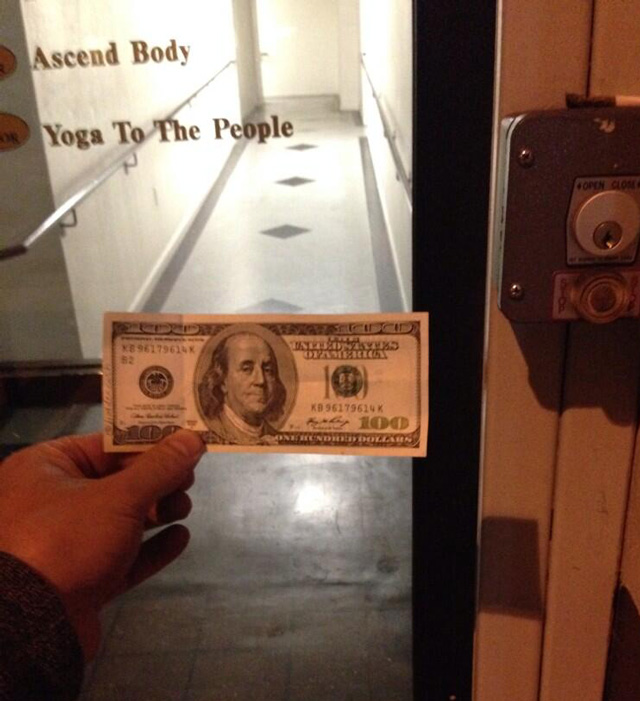 Hidden Cash is the Twitter handle of an anonymous person who is leaving stashes of cash in public places in the San Francisco Bay Area. In a recent email exchange with The Bold Italic, the person said they had made “millions of dollars” in the San Francisco real estate market and were looking for a way to give back (they also say they give to a variety of charities.) The person says they intend to stash cash once or twice a week and have no plans to stop. Clues are posted on the Twitter account.

“I’ve made millions of dollars the last few years, more than I ever imagined, and yet many friends of mine, and people who work for me, cannot afford to buy a modest home in the Bay Area. This has caused me quite a bit of reflection. I am determined to give away some of the money I make, and in addition to charity, to do it in fun, creative ways like this.”

Crazy coincidence/fate, but right after I put up the envelope, I found $5 bill on the ground! Added to the loot. pic.twitter.com/5bn79czAqr