An Honest Liar is a feature-length documentary about James Randi, the professional magician who has gained notoriety for his work exposing fraudulent faith healers, psychics, and other supposed practitioners of pseudoscience and the paranormal. The film was directed by Justin Weinstein and Tyler Measom. It is currently being screened at festivals with listings available on the film’s website.

The film brings to life Randi’s intricate investigations that publicly exposed psychics, faith healers, and con-artists with quasi-religious fervor. A master deceiver who came out of the closet at the age of 81, Randi created fictional characters, fake psychics, and even turned his partner of 25 years, the artist Jose Alvarez, into a sham guru named Carlos. But when a shocking revelation in Randi’s personal life is discovered, it isn’t clear whether Randi is still the deceiver – or the deceived. 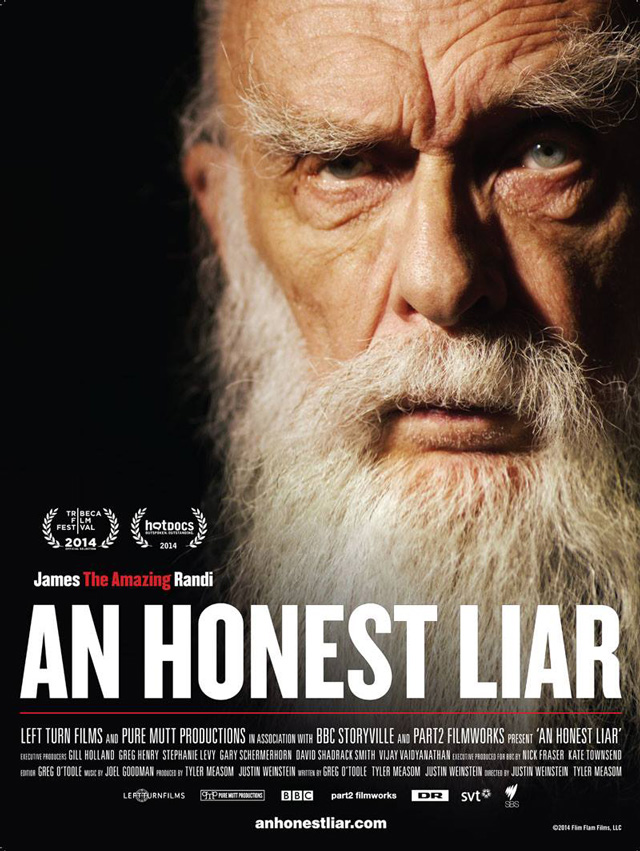