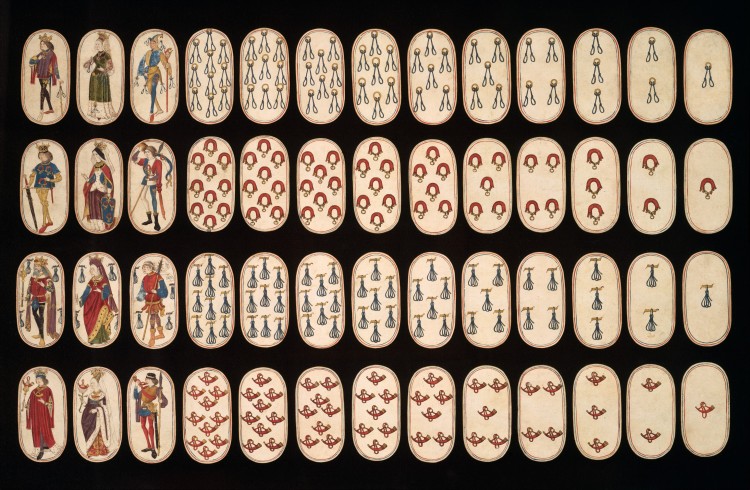 The Cloisters set of fifty-two playing cards is currently accepted as the oldest complete deck of playing cards in the world, estimated to be made between 1470 and 1480. The South Netherlandish cards have an interesting history of ownership that envies the wildest dreams of any Antiques Roadshow fan. An anonymous antiques dealer in Amsterdam bought the cards in 1978 for $2,800 during an auction in Paris, where the auction house claimed the cards dated to “probably” 16th century. After thorough research into the painting style and clothing and hairstyles of the people on the cards, the antiques dealer found that the cards were incorrectly classified. An expert in medieval manuscripts at Sotheby’s and mineral testing of the paint on the cards both confirmed the antiques dealer’s research. Using this knowledge, he was able to sell them only five years later—in 1983—to The Metropolitan Museum of Art for $143,000, earning him a profit of $140,200.

The large, oval-shaped cards, are hand-painted with suits featuring a hunting theme. Instead of hearts, diamonds, clubs, and spades, the suits are hunting horns, dog collars, hound tethers, and game nooses. Their excellent condition despite their age indicates that they may have been made for a collection instead of game play.

The cards cards are available to view on a rotating basis at The Metropolitan Museum of Art in New York City. 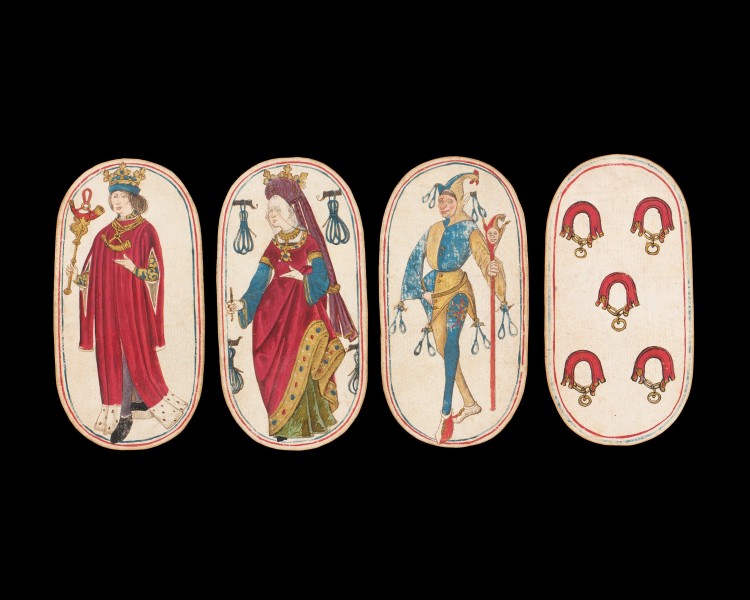 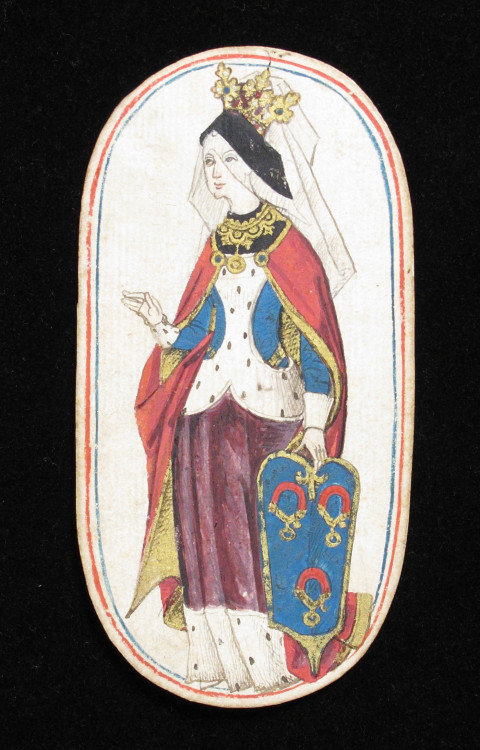 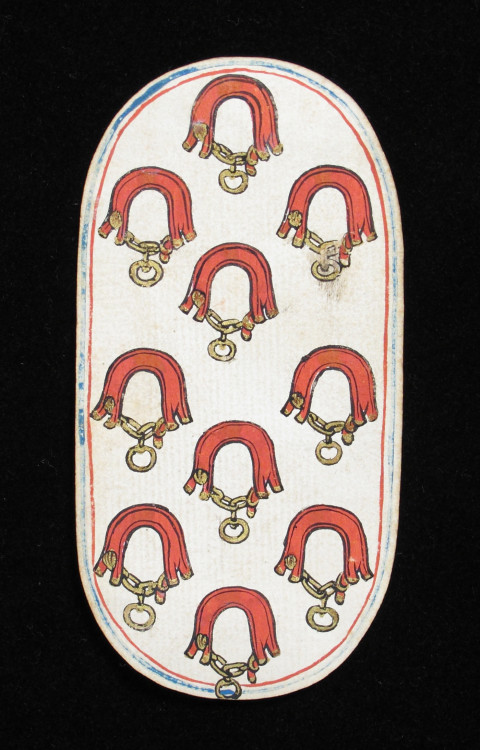 images via The Metropolitan Museum of Art