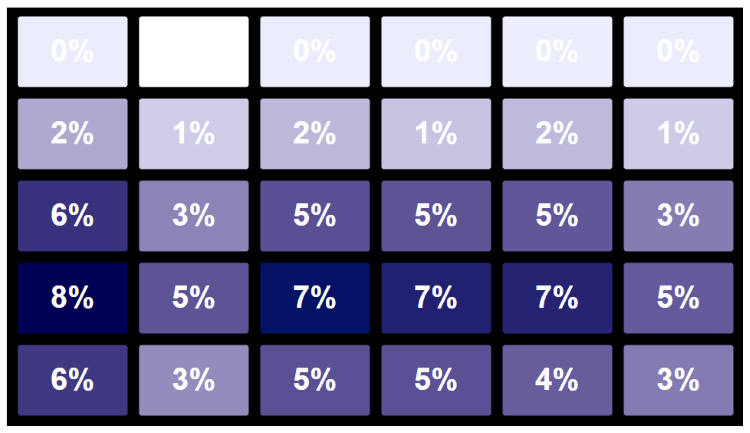 FlowingData analyzed the placement of Daily Double clues in the popular game show Jeopardy! over the course of 31 seasons. The data used in the project comes from J! Archive, which is a fan-maintained database of Jeopardy! clues and players. Though it doesn’t include every single clue from every single episode–the earlier seasons are particularly spotty–it still represents a decent sample size.

I collected data on Daily Doubles — 13,663 of them at the time, and ta-da, the board above. The darker the blue, the higher the percentage of Daily Doubles from that spot.