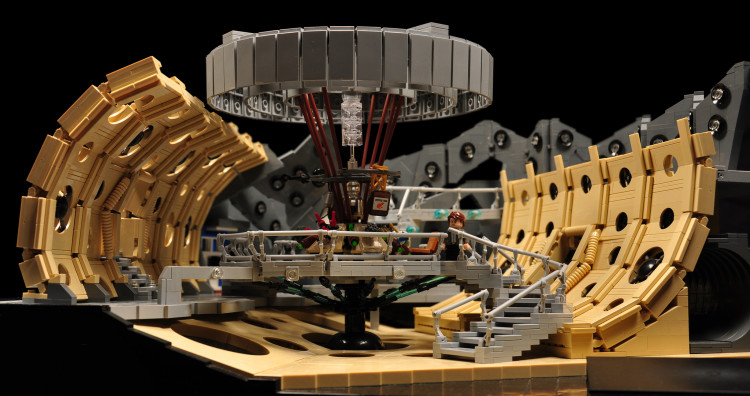 Thorsten Bosch (also known as Xenomurphy) has crafted an amazing MOC LEGO recreation of the 11th Doctor‘s first TARDIS Console Room as it appeared on the first episode of Series 5/Season 31 of Doctor Who. Bosch started the massive project in 2012 and completed it in 2015.

After beginning this project in 2012, I was now, 2015, able to finally finish it. I know I’m a bit late for the anniversary, but time doesn’t matter, at least not when you are a timelord. I created several other MOCs during the 3 years, but never lost interest in building what I think is the most complex and complicated console room ever (honestly, there is not one right angle in it). …By the way, the MOC is almost completely puristic. All I did was cutting parts that are “officially” meant to be cut: Hoses of all kinds and string. 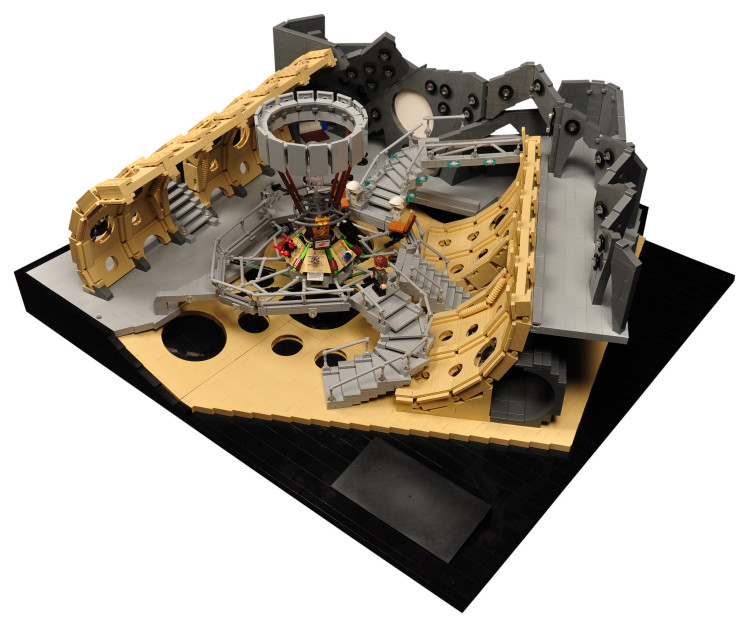 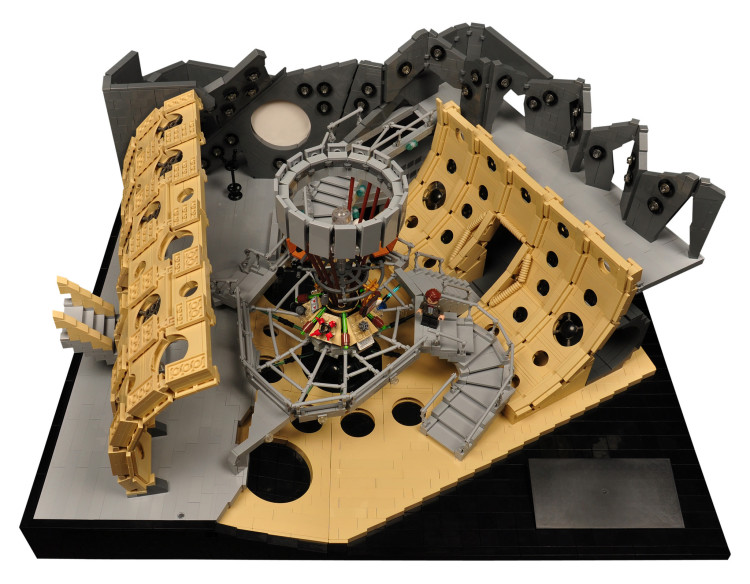