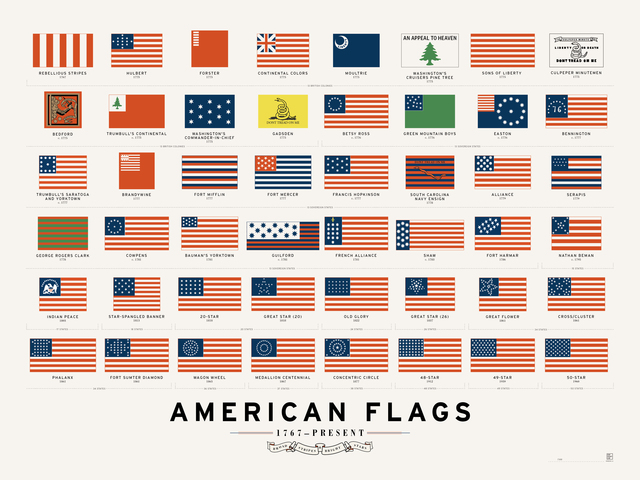 “American Flags” is a patriotic art print created by Pop Chart Lab that features the “evolution of star-spangled banners flown throughout American history.” Signed and numbered prints are available to purchase online.

This patriotic print tracks the evolution of the stars and stripes from 1767 to the present—documenting 48 versions of the famed American emblem in all. Beginning with the star-less “Rebellious Stripes” in 1767 and culminating in the familiar 50-star standard created in 1960, this chart stops to salute all manner of American ensigns, including the many iterations of the 13-point banderol, as well as aesthetic outliers like the Gadsden, the red-and-green George Rogers Clark and the blue-striped Serapis. For added historical context, each flag is also marked with the number of colonies/states in existence at the time of its inception.