Creative father and YouTuber Jason Smith made an amazing power loader baby Halloween costume (an alien-fighting creation from the Aliens films) that he created and made it to fit both him (hidden in the back) and his baby daughter (in the front), who is acting as the driver instead of Sigourney Weaver.

As stated by Jason Smith:

My highest priority was keeping my little girl safe, so the costume was designed for mobility and quick exit in case of emergency. The boots are basically cardboard slippers that could pop right off. With a shrug of my shoulders, I could pop the arms right off. What you can’t see from the video is that there are no bottoms on the robot arms, so my human arms were completely free and unimpeded. I could leave the claws hanging idle from the shoulder joints while I could address any of my girl’s needs. I would have had to take the suit off to changer her diaper, though! 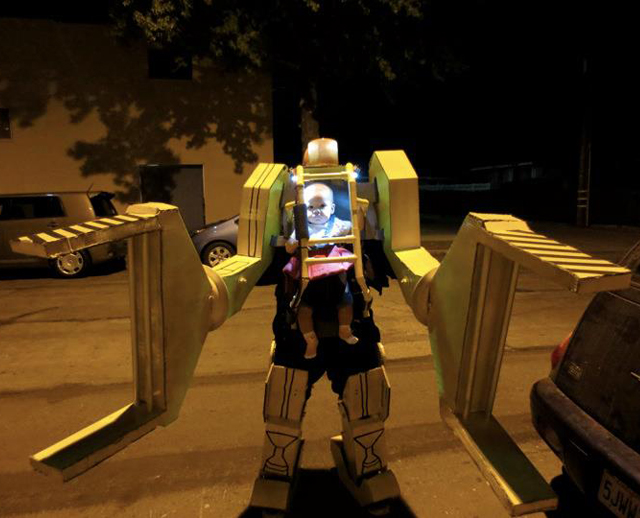